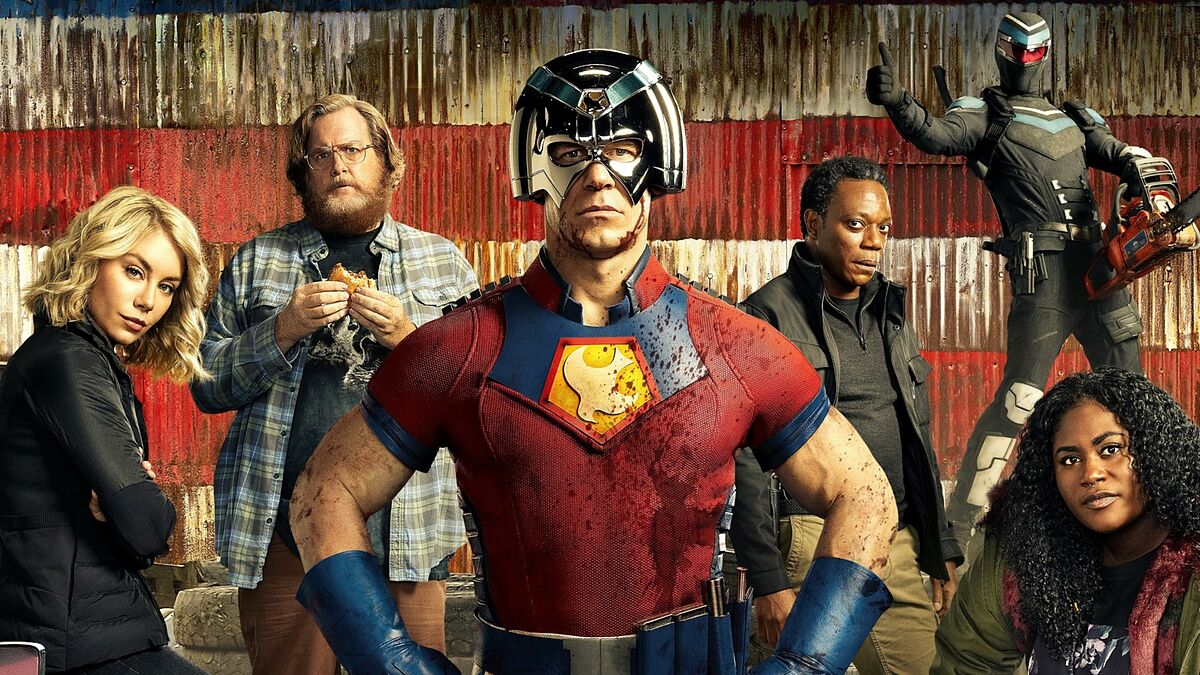 Hero? Antihero? Villain? The character John Cena embodied in James Guns’ The Suicide Squad reinvents himself in a series that fits the character perfectly: fun, ridiculous and crazy, but full of surprises to discover.

Superhero stories are not going anywhere this 2022, but when it comes to productions as interesting as this one, they are truly breath of fresh air. Peacemaker is a kind of continuation / spin-off of sorts of the Suicide Squad movie, that picks up right after that intriguing post-credits scene we saw in the film.

This time, the absolute protagonist is John Cena’s Peacemaker, who has to join a new group of special agents to face the mysterious Butterfly Project. What is this new shadowy threat and what can a “crazy” antihero like him do to stop them?

From the beginning, the Peacemaker series makes its intentions clear: this is a James Gunn joint and there’s obviously a lot of his signature awkward and absurd style of humor, steeped in pop culture references, and amazing music to go along with it.

The overall tone of this HBO Max series is mostly action comedy. There are a lot of gags, quirky dialogue and puns made by the characters, while other moments are more brutal for comedic effect. The gore is also a big part of the series and it doesn’t shy away from it, but it’s not the main focus of the series, it’s just used very efficiently to make you laugh.

However, if the whole thing works is because of John Cena, as he brings his A game comedic skills into play to make such an unlikable character so endearing. He brings such a vulnerability to such a though character that it’s impossible not to root for him, even though he commits horrible acts of violence along the way.

The rest of the supporting cast is ok, but Cena steals every scene he’s in. Despite its faults, Peacemaker is a fun show, even if it doesn’t justify its existence in the DCEU. But after watching many super dark and gritty DC TV shows that take themselves too seriously, this is certainly a much appreciated levity in the otherwise dark and gloomy franchise.