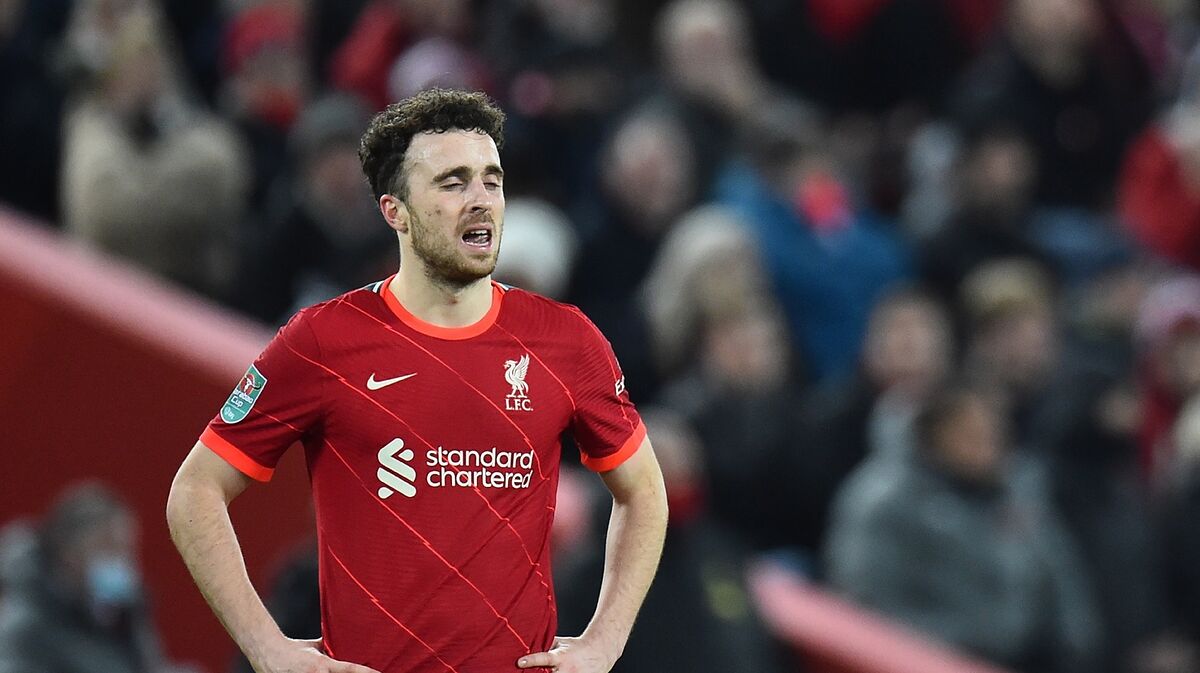 Arsenal managed to hang on and keep Liverpool at bay to claim a 0-0 draw in their Carabao Cup semi-final first leg at Anfield on Thursday night, despite spending the majority of the game a man down.

Granit Xhaka again saw red for Mikel Arteta‘s Gunners in the 24th minute, but those left on the pitch were able to dig in and leave Merseyside with a respectable draw.

Despite facing 10 men for three quarters of the game, though, Liverpool didn’t manage to get a single shot on target despite the 14 they attempted, and Aaron Ramsdale would have expected a much busier night’s work, especially given the Reds had 78 percent of the possession.

Arsenal to their credit had the games only shot on target when Bukayo Saka got in behind the home side’s backline, but goalkeeper Alisson was alert and closed the angle, before making a brilliant save with his knee.

Liverpool could well rue the last minute chance from Takumi Minamino, who was unmarked, eight yards from goal, but the Japanese striker blazed the ball over the bar.

But Arteta and Arsenal‘s plan of frustrating their opponents worked a treat, meaning they’ll face off at the Emirates Stadium on Thursday, January 30, with all to play for.

The winner in London will advance to the final, where a date at Wembley with Chelsea awaits after the Blues’ 3-0 aggregate win over Tottenham Hotspur.

The best Nintendo Switch games to play for exercise

The best Nintendo Switch games to play for exercise