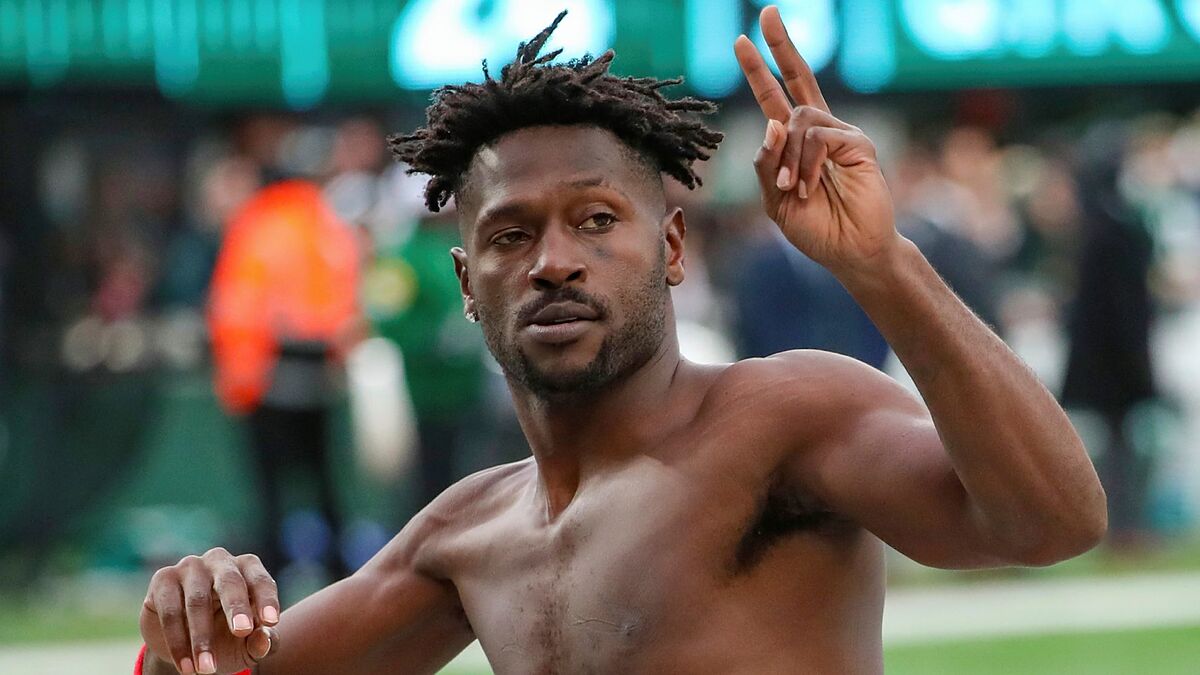 Antonio Brown has spent his time between NBA games and partying with celebrities likes of Ye (Kanye West) after his controversial departure from the Tampa Bay Buccaneers, but now he seems to have denied the rumor that he slept with an OnlyFans model before his last NFL game.

Recall that last January 2, during the game between the Buccaneers and the New York Jets at MetLife Stadium, Brown left the field and removed his team jersey, an episode that triggered his being cut by Tampa Bay.

In addition, a report surfaced that a night before that game AB had sex with OnlyFans model Ava Louise in his hotel room prior to the wide receiver’s meltdown, which was viewed by millions of people.

The model herself said Brown snuck her into the team hotel in New Jersey the day before the game against the Jets; the two allegedly had sex and she claimed Brown asked her to film him.

Louise claims she did not spend the night there, but decided to go public about the encounter with the one-time Super Bowl champion considering that may have influenced the player’s unexpected reaction.

Brown appears to have denied reports that he slept with the model the night before the Buccaneers vs. Jets game during an interview.

The wide receiver was questioned by a reporter, who said “What’s the craziest rumor you’ve heard about yourself?”

“Yeah, I heard something like some OnlyFans girl said, like, she got down with me,” Brown told the Fashion Nova reporter.