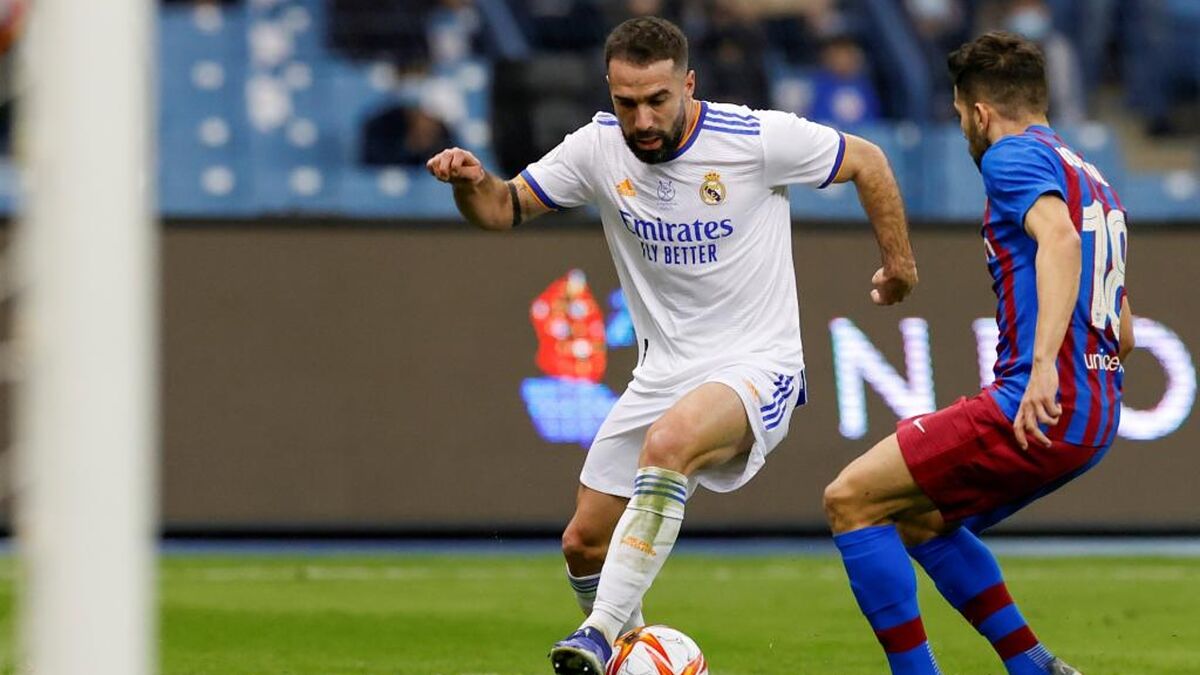 Real Madrid have announced that Dani Carvajal has tested positive for COVID-19 ahead of Sunday’s Supercopa de Espana final between Los Blancos and Athletic Club.

Carvajal returned to Real Madrid‘s starting line-up after missing the previous five games through injury, and he played for 90 minutes in the Supercopa semi-final against Barcelona before being replaced by Lucas Vazquez.

The Real Madrid right-back will now miss out on the Supercopa final, which is scheduled to take place at the King Fahd International Stadium on Sunday at 18:30 GMT.

This is a new setback for Carvajal, who has suffered from injuries in recent years and has already missed a total of nine games this season.

Lucas is expected to cover for him against Athletic Club, as he has done on multiple occasions already this season.

Alaba likely to miss out

David Alaba is still nursing a hamstring injury and it seems very likely that he will not return in time to play in Sunday’s Supercopa final.

The Austrian defender missed out on the semi-final against Barcelona, and it appears as though Carlo Ancelotti is not prepared to take any risks when it comes to Alaba‘s fitness.