Tottenham have offered players to Wolves as part of their prospective deal for Adama Traore this month, TEAMtalk understands.

Spurs are firm in their interest for Traore and are in talks about a deal worth just over £20million, with Antonio Conte ready to convert the former Middlesbrough and Aston Villa man into a right wing-back.

Spain international Traore is ready to leave Molineux this month and Spurs are hopeful of closing a deal with Wolves. However, we understand they are open to the idea of players going in the opposite direction – either permanent or loan.

We believe that the likes of Joe Rodon, Japhet Tanganga, Ryan Sessegnon and Jack Clarke have been mentioned.

Sources have confirmed to us that a deal is not dependent on Wolves taking a player, they just have the chance of taking one and are considering the options.

Wolves boss Bruno Lage has already confirmed he would like to bring in a couple of new faces, and the sale of Traore is likely to play a big part in funding those moves.

Meanwhile, Arsenal’s hopes of securing the Dusan Vlahovic transfer look likely to be tested by a strong demand from Fiorentina that threatens to see the deal wrestled away from them.

The Gunners have made a new striker a priority after overhauling other parts of their squad in the summer. TEAMtalk understands that frozen-out Pierre-Emerick Aubameyang could soon leave. What’s more, Eddie Nketiah is in the final six months of his deal, so his future is also a major doubt.

But despite Alexandre Lacazette being in the same position as Nketiah, TEAMtalk has learned that Arsenal want to offer the in-form star a new two-year deal.

Nevertheless, Arsenal’s attacking ranks could soon dwindle. As such, reports have claimed that the Gunners want to sign Fiorentina striker Vlahovic in January.

What’s more, they have supposedly ‘not been put off’ after learning a move will cost £150million in total. The Serbia international has scored 16 goals this season. He also finished 2021 as the second-highest scorer in Europe’s top five leagues.

As such, it’s easy to understand why Vlahovic is in such high demand.

And amid a plethora of admirers, it seems it is Arsenal who appear nearest to a deal. 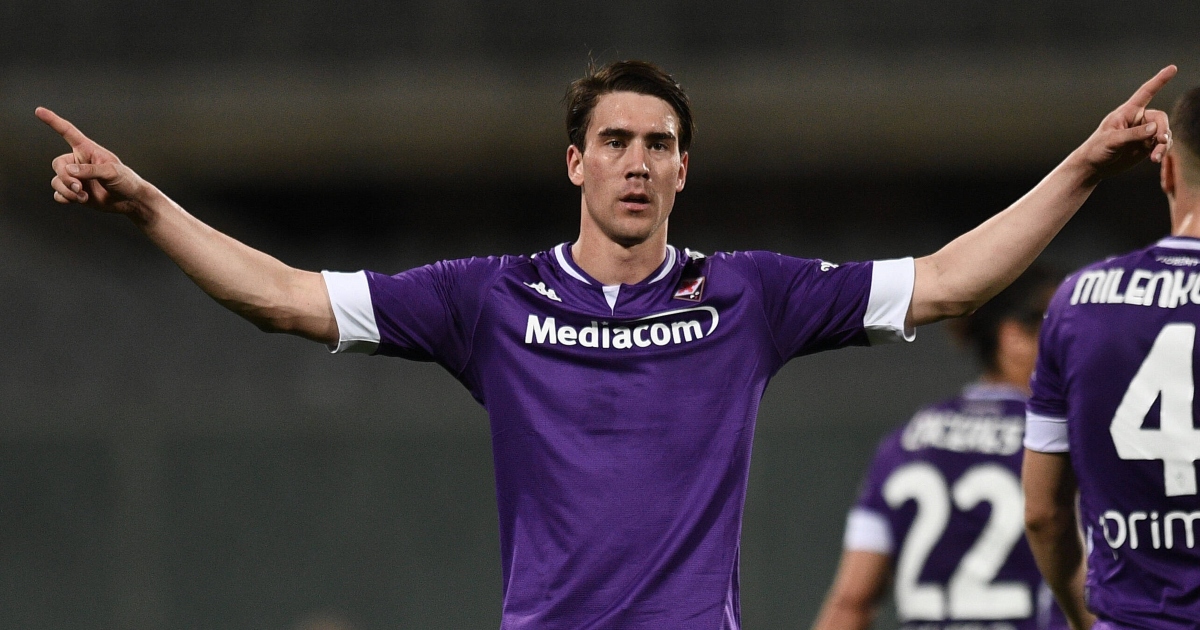 However, The Independent reports that Fiorentina are holding out for a £62m (€75m) fee for their prized asset.

And while the Gunners are looking to pay the fee off in instalments, the paper claims La Viola have other ideas. Indeed, they reportedly want a vast chunk of his sizeable fee paid up front. Arsenal, on the other hand, would rather spread the cost out over the reported five-a-half-year deal they want to hand the Serb.

Furthermore, Arsenal also hope to lower his asking price by including Fiorentina loanee Lucas Torreira as a makeweight.

And while the Serie A side are ready to make the Uruguayan’s stay permanent, they want Torreira’s deal to remain separate.

As a result, football.london speculates that may well open the transfer door for Manchester City or Tottenham.

The Gunners will continue to work on a deal and hope to reach a satisfactory outcome before the window shuts.

Mikel Arteta remains confident a deal can be sealed, though is refusing to name targets directly.

“Historically this club has always been targeting the best players in the world. And they were always interested to come here,” the Gunners boss told a press conference.

The post EXCLUSIVE: Quartet of Tottenham players offered to Wolves as part of Adama Traore transfer appeared first on TEAMtalk.