Manchester City are showing an interest in Real Madrid superstar Vinicius Junior, according to reports in Spain.

Vinicius joined Real Madrid from Flamengo as a teenager in 2018. Over time, his role has become more prominent. From his debut season, he managed 31 appearances, before 38 from the next and 49 last term.

But it has been the current campaign in which Vinicius has really shown he is on track to achieve his potential. He already has 15 goals from 27 games to his name. In doing so, he has scored as many times as in the past three seasons together.

Vinicius has also been building up speed at international level. After making his Brazil debut in 2019, he added eight further caps in 2021. Although, he is still awaiting his first Selecao goal.

But what he has been doing in Europe at club level has been turning heads. Indeed, Vinicius has been linked with Manchester United and the like due to his Real Madrid form.

But according to El Nacional, United may now face competition from rivals Manchester City.

The Spanish source reminds that City have just sold Ferran Torres to Barcelona. There has been an insistence that they will not sign a replacement, but they have the funds to do so if they want.

Furthermore, Raheem Sterling still faces an uncertain future, having been tipped to make the same transfer as Torres. It could leave City short in a key department.

And El Nacional think their preferred target, should they decide to act, would be Vinicius Junior.

See also  Super Bowl LVI 2022: when and where to watch

In fact, the outlet claims Pep Guardiola has made contact with the agents of the 21-year-old. 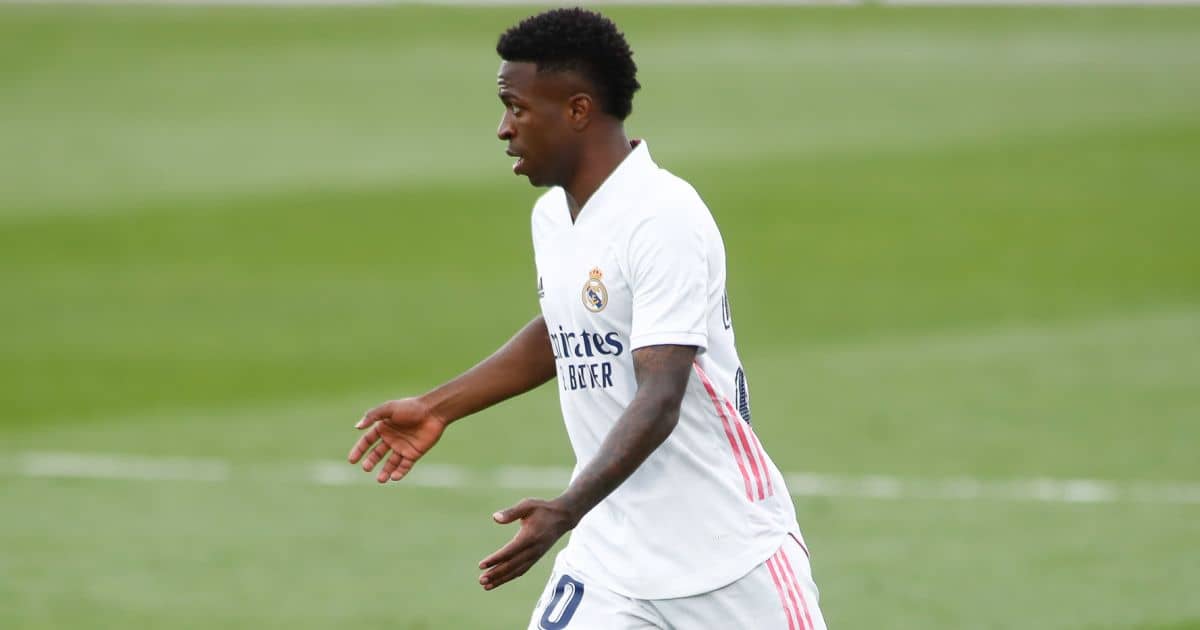 But Real Madrid will be working to secure his services for the long-term. Already under contract until 2024, Vinicius will soon be the subject of renewal talks in the Spanish capital.

He supposedly wants a considerable wage rise to reward his fine form. Real president Florentino Perez is therefore ready to enter negotiations, knowing how much interest there may be in the number 20 from afar.

City could be one of his prime suitors, but Los Blancos will be trying to fend them off.

For now, Vinicius will hope to continue thriving under the guidance of Carlo Ancelotti, who has given him the confidence and platform he needed all along.

Looking ahead longer-term, City have also been linked with a teenage talent at Vinicius’ former club, Flamengo.

City are reportedly prepping an enormous offer to tempt Flamengo into the sale of Matheus Franca – the next big thing in Brazil.

The 17-year-old midfield player has been making waves this season with Flamengo, scoring two goals and adding two assist from 20 appearances.

He’s attracting attention from a host of clubs across Europe, with Real Madrid already keeping a close eye on him.

However, as per Bolavip, it is City who look most likely to sign the player. They write that the Blues are ‘offering a truckload of money’ to tempt Flamengo into his sale.

They reportedly like ‘talents of his profile’ and ‘will not measure efforts’ to ensure they secure his signature.

Furthermore, City are understood to have already made contact with representatives of the player.

The difficulty for City is that Flamengo reportedly stuck a huge €100m release clause in his deal, so are under no pressure to sell.

Indeed, while he won’t command anything like that fee right now, it will take a substantial sum to convince them to sell Franca.