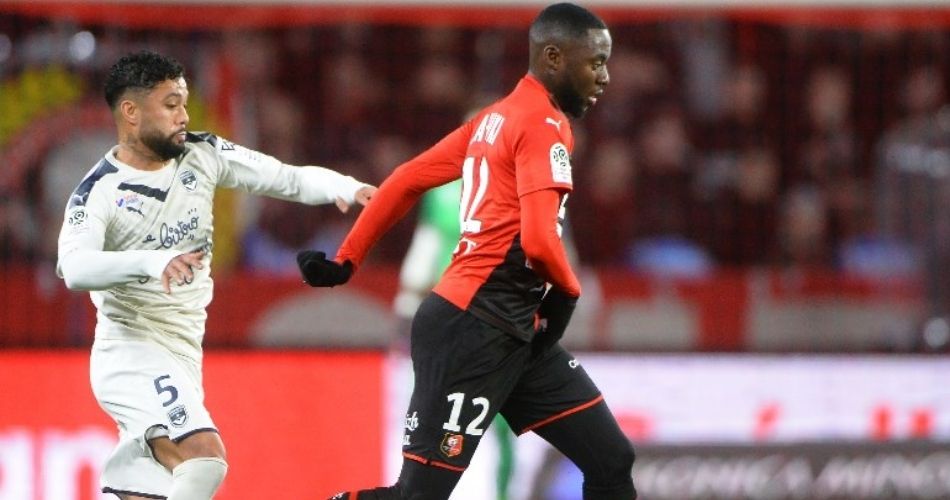 Rennes welcomes Bordeaux to Roazhon Park this weekend for a clash in the in the French top flight Ligue 1. Match day schedules for 16th January 2021 at 15:00 EAT.

The host is in the 5th place in the table with 31 points after 20 games. Things haven’t been so good for this team after winning four games in a row heading into their final two matches of 2021; Stade Rennais have hit a speed bump, losing three consecutive league fixtures.

Rennes will be aiming to make amends following the 1-0 Ligue 1 loss in their previous game to RC Lens. In that game, Rennes managed 42% possession, five shots none of them on target. Lens got 11 shots with four of them on target and a goal by Wesley Saïd (89′).

Meanwhile, Bordeaux hovering dangerously close to the red zone with 17 points after 20 games. This team has been struggling this season they have won three, drew eight and lost nine of their total 20 Ligue 1 games.

Rennes vs Bordeaux head to head

Bordeaux have an outstanding head to head record against Rennes in the 56 meetings since 1994. Bordeaux has 24 victories, there have been 18 ties and Rennes has had 13 victories.

Jeremy Gelin and Romain Salin continue to be sidelined for the hosts with injuries while Kamal-Deen Sulemana, Alfred Gomis, Nayef Aguerd and Hamari Traore are unavailable on international duties.

For the visitors, Jimmy Briand, Amadou Traoré and Paul Baysse have been ruled out with injuries whilst are on duty in the AFCON.

Both the teams have been underperforming recently. The hosts lost four of the last five matches while the visitors have struggled tremendously this season having managed only three wins so far.