REVEALED: Brave Barcelona defender Ronald Araujo starred in the two-hour Super Cup epic against Real Madrid with two SCREWS in his hand, just days after having surgery so he could feature in El Clasico

Barcelona toughman Ronald Araujo played all 120 minutes of the Super Cup showdown against Real Madrid despite having two screws inserted into a fractured hand during surgery five days before the showpiece.

The Uruguayan picked up the injury in the Copa del Rey win at Linares Deportivo on January 5, causing him to be substituted at half-time after breaking two metacarpals.

Remarkably, Araujo was back in action on Wednesday as Barca pushed the Liga leaders all the way before succumbing to Federico Valverde’s extra-time goal in Riyadh. 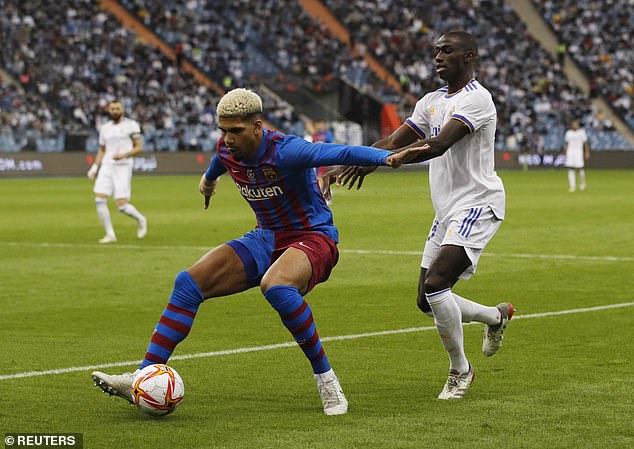 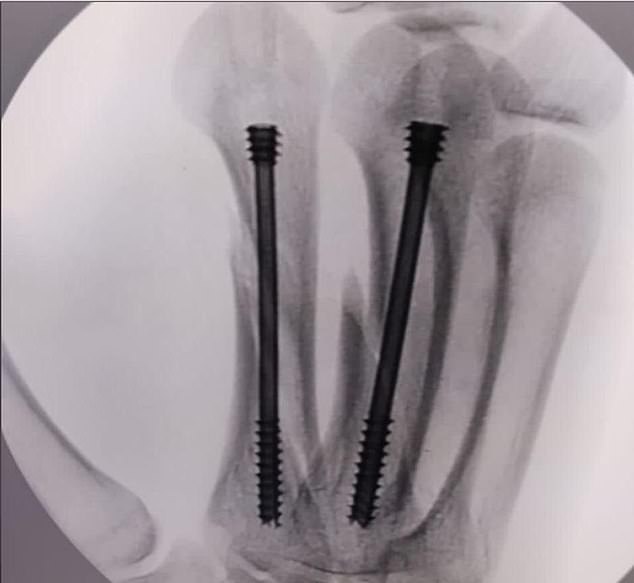 Transfer guru Fabrizio Romano shared photos appearing to show an X-Ray of the screws in Araujo’s hand and scars which have sewn up the operation.

The 22-year-old wore a protective splint and saw out an impressive performance by new manager Xavi’s side as they threatened to lift their first trophy under the club legend.

Luuk de Jong’s 41st-minute goal made it 1-1 and forward prodigy Ansu Fati drew Barcelona level again with seven minutes remaining, only for Valverde to seal a 3-2 victory for Madrid.

Xavi will have been glad to see dependable Araujo return after Barcelona dropped two points courtesy of an 89th-minute equaliser for the hosts when they travelled to Granada without him on January 8. 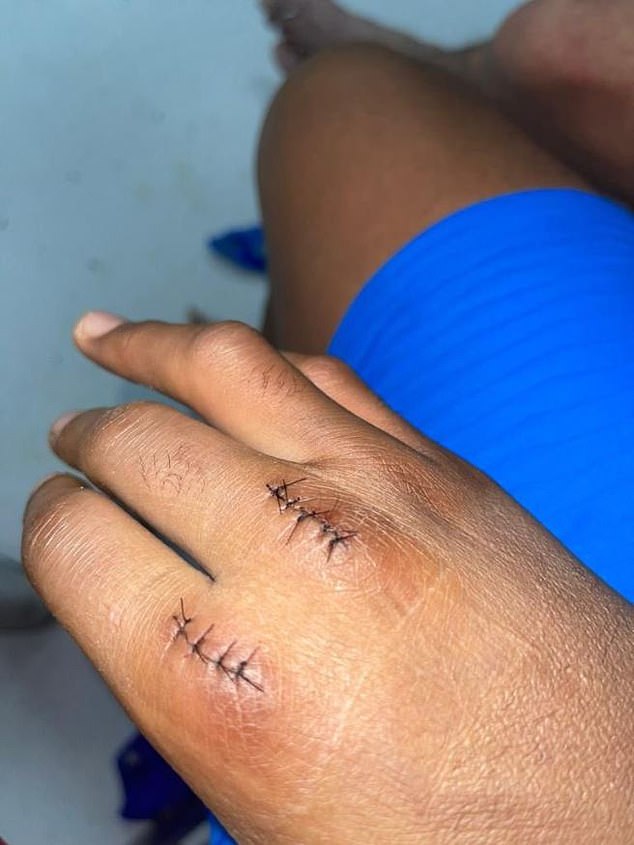 The rookie coach singled out Araujo, Pedro and Fati for praise after the thrilling tussle with their arch-rivals, saying: ‘Those three have helped us a lot.

‘We have already seen what Ansu is capable of with the goal… we have had some complex minutes, but then we have grown.’

Araujo had been ever-present for six matches before the stalemate at Granada, scoring in a 1-1 draw at Sevilla in Barca’s final game of 2021.

The former Boston River star has made 22 appearances in total this season, only missing one of Barcelona’s Champions League matches when he suffered a hamstring injury.

The club are thought to be keen to commit the international newcomer to an extension to his current contract, which ends in June 2023.

Araujo told his millions of Instagram followers that he was enjoying ‘sun and family time’ when he pictured himself shortly after surgery.

He added after the agonising Super Cup defeat: ‘Proud of my team. This continues – the positive results will come.’