Brentford boss Thomas Frank has said that his side will “attack” Liverpool at Anfield on Sunday, just as they did in September’s Premier League clash.

The Bees have caught the eye this season, which is their first since the reformed top-flight arrived in 1992. However, they have not struggled to adapt from the Championship with over half the season gone.

Instead, they sit 13th after gaining six wins and five draws from 20 games. And one of those draws came against Liverpool in September in London.

Brentford took the lead after 27 minutes through Ethan Pinnock. Despite the Reds then coming back to lead twice, Brentford fought back impressively to claim a 3-3 draw.

Heading into Sunday’s clash – which is also Brentford’s first Premier League clash at Anfield – Reds boss Klopp admitted that he thinks his opponents will play with a back five and a low block.

Indeed, his fears came after 10-men Arsenal played that way to claim a draw in Thursday’s Carabao Cup semi-final tie.

But Frank told his pre-match press conference: “It is the first time we are going to Anfield and we all know that is one of most iconic football stadiums in the world.

“We are all looking forward to that and we want to go there and express ourselves and attack.

“But we want it to be a fun and good experience at both two o’clock and also at four o’clock.

“It is not that fun if we go there and get beat 4-0. It is only a fantastic experience if you go there, perform and get a good result, so that is what we aim for.”

Aside from Brentford’s historic trip to Anfield, Sergi Canos could provide another sub-plot to the match. The 24-year-old moved to Liverpool in 2013 but only made one appearance before leaving in 2016.

Canos returned from a hamstring injury against Southampton on Tuesday and came off after 76 minutes.

Canos can play against Liverpool 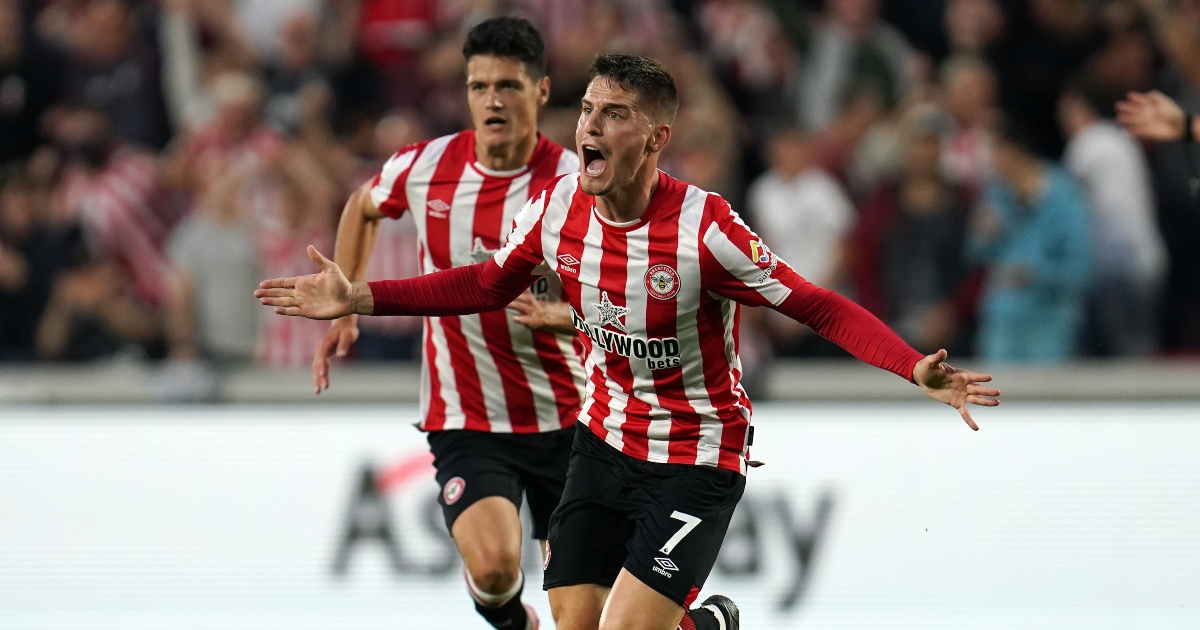 Nevertheless, Frank said: “Yes, Sergi should be available. He trained today so that was positive.

“I think unless someone maybe cut his leg off, he would do everything to be ready for this game.

“But to be fair all the players want to be available for a game like this.”

Liverpool will be without Sadio Mane and Mohamed Salah, who are on Africa Cup of Nations duty. However, Frank warned of the other threats in Klopp’s team.

“Of course, Mane and Salah are two world-class players,” he said. “I still think they have good players in Jota, Firmino, Minamino and Jones.”

Jones and Salah both scored for the Reds against Brentford in September, Diogo Jota getting the other goal.