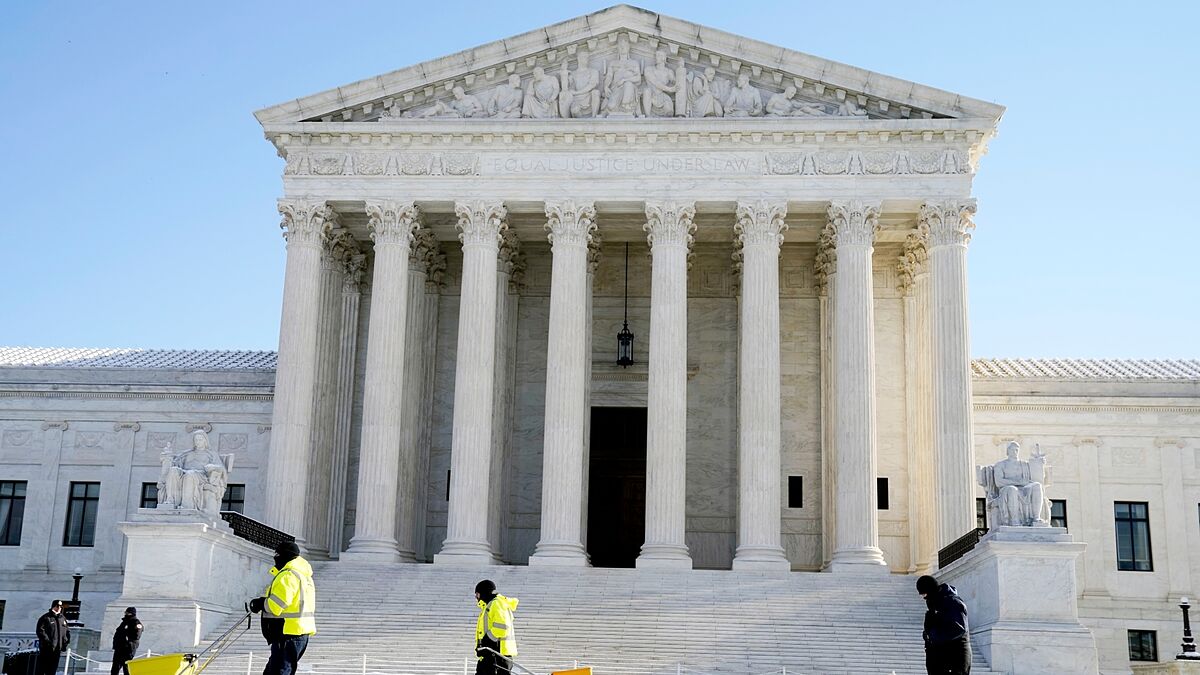 This last Thursday, the Supreme Court of the United States has blocked President Joe Biden‘s vaccine and testing requirement aimed at large businesses, which forced companies with 100 workers or more to get all their employees vaccinated or to present negative results of COVID-19 tests.

Implementation of the presidential order was due to begin in February, and was announced on November 4. This measure could have affected up to 84 million workers in the private sector, and had penalties of $ 13,653 if not complied with.

The Supreme Court has, however, has greenlit another presidential mandate: the employees of health facilities in the United States that have federal subsidies should receive mandatory vaccines against COVID-19. We are talking about more than 50,000 facilities that receive assistance from the Medicare or Medicaid programs, and in which some 17 million people currently work.

Six judges from the conservative majority opposed Biden’s measure, while three other judges held out in favor of the president’s proposition. The argument used by the Court to overturn the measure was that the federal government does not have sufficient authority to issue an order of these characteristics, as pointed out by the business groups and the plaintiff states.

At a court hearing on Friday last week, one of the plaintiffs’ attorneys, Scott Keller of the National Federation of Independent Business (NFIB), warned that Biden’s order would cause “massive economic change. “in the US and that many” workers are going to resign “so that they are not forced to get vaccinated.

In the case of the health worker mandate, however, two of the Conservatives – John Roberts and Brett Kavanaugh – sided with progressives in their endorsement of Biden’s measure, while the other four Conservatives opposed it.

The US is the country most affected by the pandemic with more than 63 million cases of COVID-19 and more than 800,000 deaths, according to data from Johns Hopkins University.

Although judges were receptive to previous attempts by states to require vaccines, the new disputes centered on federal requirements that raised different legal issues. Cases come to the Supreme Court in an unusual stance, because justices are only being asked to block requirements while legal challenges unfold.

The court allowed the vaccination policy implemented in November by the Centers for Medicare and Medicaid Services of the US Department of Health and Human Services to take effect, which sought to require the Covid-19 vaccine for certain workers in the United States. medical care in hospitals, nursing homes, and other facilities that participate in the Medicare and Medicaid programs.

According to government estimates, the mandate regulates more than 10.3 million healthcare workers in the United States. Covered personnel were originally supposed to receive the first dose by December 6, and the mandate allows for some religious and medical exemptions. As to what exactly is the next step, we still need to see how the situation progresses.