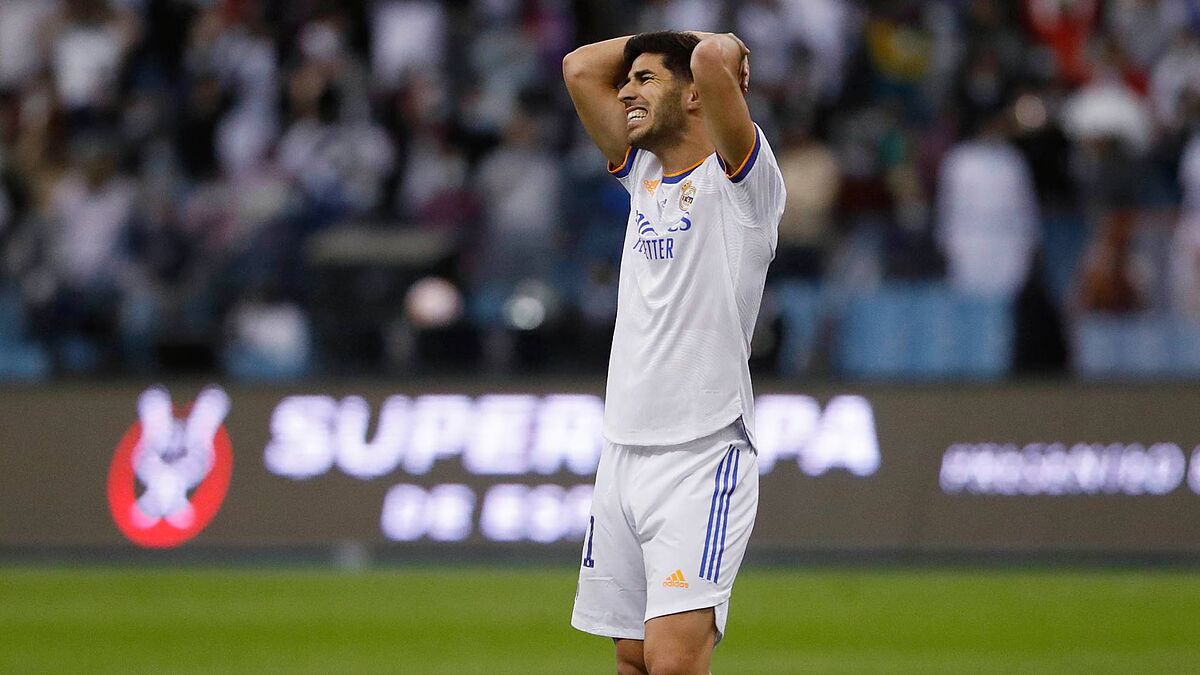 Marco Asensio will miss Real Madrid‘s Supercopa de Espana final against Athletic Club on Sunday evening, as he is suffering from muscular problems that prevented him from taking part in Los Blancos‘ last training session.

It is expected that Rodrygo Goes will come into the line-up in Asensio‘s place, as it was the Brazilian who replaced him during the semi-final tie against Barcelona.

David Alaba took part in the training session and he is keen to feature in the Supercopa final against Athletic, but Carlo Ancelotti does not want to take any risks with the Austrian defender.

“We have two doubts: Alaba and Asensio, and we’ll see how they do in training. I’m not going to risk anyone,” Ancelotti said during his pre-match press conference.

“If Alaba and Asensio play, it’s because they are feeling okay.”

We now know that Asensio will not be able to play in Sunday’s final, but it’s still unclear what will happen with Alaba.

Ancelotti would love to have Alaba in the heart of Los Blancos‘ defence, particularly when it comes to building out from the back, and the player himself will be determined to play in his first final as a Real Madrid player.

Should Alaba not be fit enough to play, though, the centre-back pairing will once again be Eder Militao and Nacho Fernandez.