Newcastle remained in the Premier League’s bottom three after fellow relegation battlers Watford hit back to claim a 1-1 draw at St James’ Park.

The Magpies started the day in 19th, two points behind 17th-placed Watford. However, Allan Saint-Maximin sent Newcastle above the Hornets and out of the bottom three with his opener just after half time.

Saint-Maximin’s trademark strike galvanised Watford, though, and Joao Pedro netted with two minutes left of the 90 to claim a point for the visitors and frustrate Eddie Howe’s hosts.

The first half was full of chances for both sides, but there was a distinct lack of quality. In fact, of 19 shots in total, only one – for Watford – was on target.

Still, it was Newcastle who enjoyed a blistering start. Ben Foster had to punch away a free-kick inside the first minute, before Saint-Maximin had a cross deflected into the Watford goalkeeper’s path.

But the hosts were on top. Joelinton hit the underside of the crossbar with a flicked effort from a cross, before firing an effort at the back post wide.

Watford survived the onslaught and subsequently enjoyed a spell up the other end. Pedro showed good feet to get at the Newcastle defence before the Magpies cleared his scooped effort.

Claudio Ranieri‘s side then had two successive corners, but they both came to no avail before half time.

See also  Children's Medicaid Eligibility Texas: Which are the requirements to apply?

While there was a lack of quality in the first half, Newcastle found their goalscoring touch straight after the break. 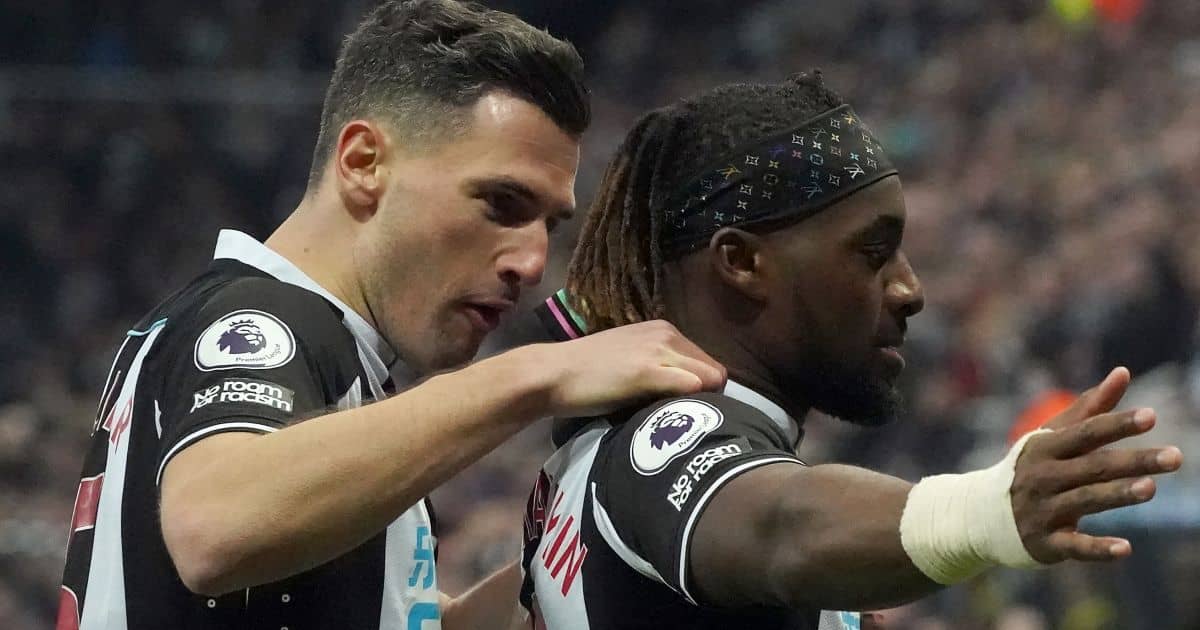 Jeremy Ngakia’s poor touch allowed Saint-Maximin in and the forward recovered from a slip to win the ball back from the Watford man again.

From there, he made no mistake, cutting inside Watford new boy Samir and firing low into the corner.

The Newcastle fans then roared Ryan Fraser on as he busted a gut to make a touchline tackle while on a yellow card. However, that was a sign of Watford coming back into the game.

On the hour mark, Newcastle got lucky when the ball fell to Pedro but he looped his shot over. Straight after, King got in but Dubravka came out and smothered his effort.

But former Newcastle man Moussa Sissoko wasted the best chance for the Hornets. Dennis found the midfielder on a dangerous break, but he curled his effort wide of the post.

Watford hit back for draw

Both sides then made changes. Jacob Murphy replaced Fraser for Newcastle before Miguel Almiron came on for Saint-Maximin.

And Newcastle – who had dropped 19 points from winning positions this season coming into the match – could not hang on any longer as Pedro netted the equaliser.

Ranieri’s substitution worked as Hernandez slipped Femenia in down the right. The defender crossed into Pedro, who got ahead of Jamaal Lascelles to fire past Dubravka.

Watford then went for a winner and while they could not claim it, boos rang around St James’ Park at full time.

Haaland: Dortmund are pressuring me to make a decision

Arsenal vs Reading WSL clash postponed over Covid-19 and injuries

Haaland: Dortmund are pressuring me to make a decision

Arsenal vs Reading WSL clash postponed over Covid-19 and injuries