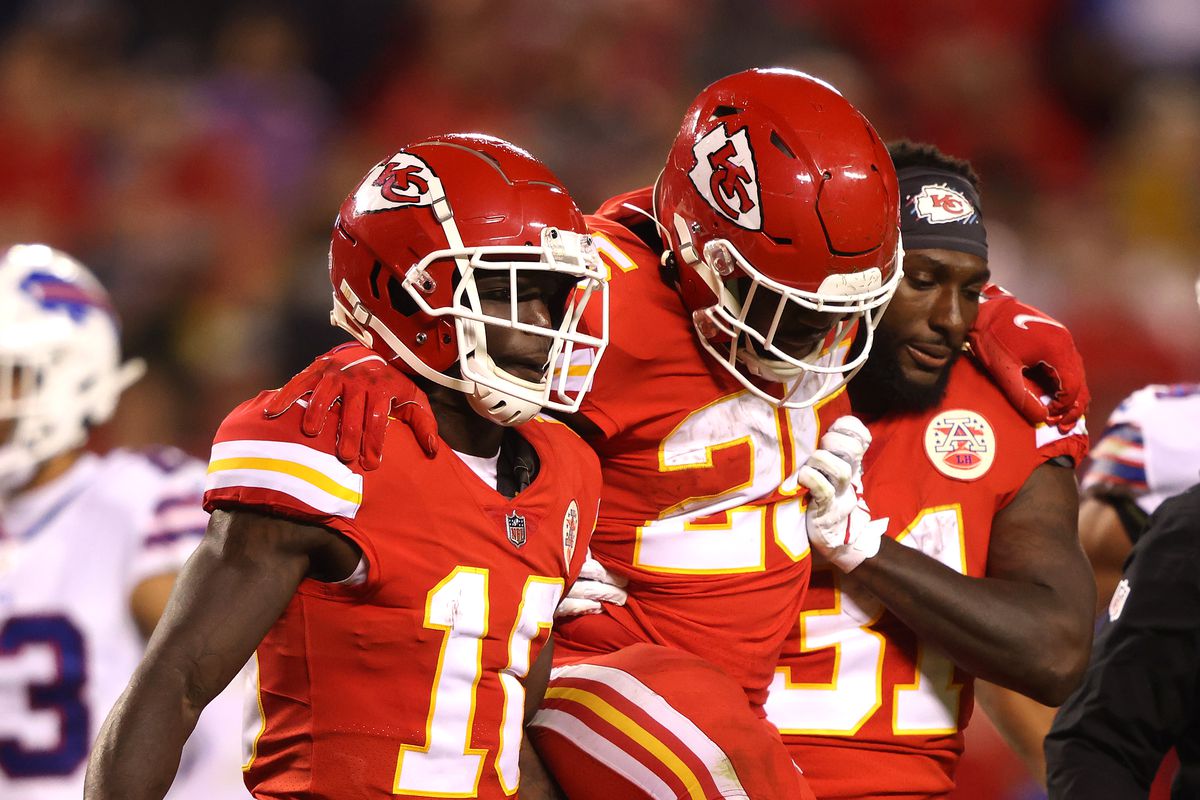 The Kansas City Chiefs are set to begin their quest for a third straight Super Bowl appearance, but that will come shorthanded in the backfield.

The Chiefs will head into the wild-card round matchup against the Pittsburgh Steelers without second-year running back Clyde Edwards-Heliare due to a shoulder injury.

It will mark the third straight game he’s missed. Edwards-Helaire has been out since the Week 16 contest against the Steelers. The LSU product has struggled to stay on the field in his second campaign, playing in only 10 games where he rushed for 517 yards and four touchdowns.

The Chiefs will turn to Darrel Williams as the starter as he has 558 rushing yards and six rushing touchdowns. Over the last three weeks, Williams has played a fluctuating role as he tallied 88 rushing yards on 14 carries against the Cincinnati Bengals in Week 17, then recorded only 17 rushing yards on seven attempts.

Williams is also questionable due to a toe injury that could turn to Jerick McKinnon and Derrick Gore to carry the workload. Patrick Mahomes will have to take a more prominent role leading the offense as the running game may struggle against the Steelers’ stout defense.

In the Week 16 matchup, Mahomes dominated Pittsburgh defense, completing 23-of-30 passes for 258 yards with three touchdowns.