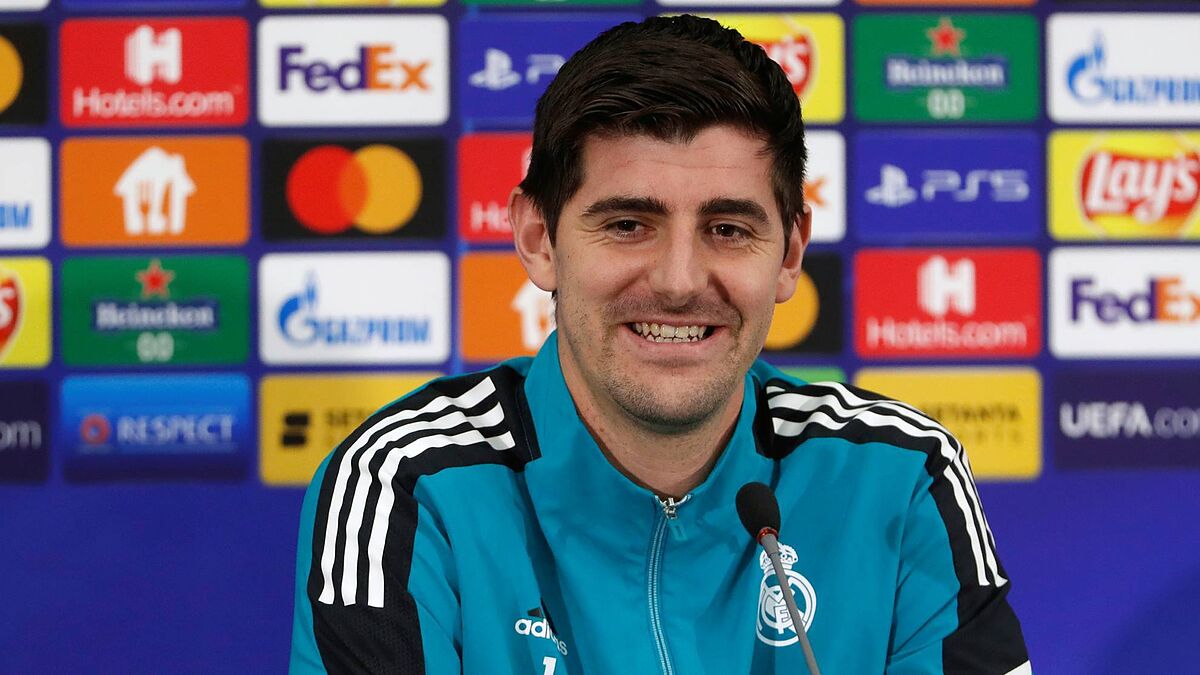 Thibaut Courtois has stated that the Real Madrid players have an extra spring in their step as they look to make amends for a trophyless season last year.

Los Blancos will take on Athletic Club in the Supercopa de Espana final in Saudi Arabia on Sunday evening, which is the first opportunity of the season to lift some silverware.

“The coach is going to motivate us a lot in the pre-match talk. Everyone knows that we’re playing in a final, that we want to win it, and that’s what he says, we don’t need to motivate ourselves; we’re playing for a trophy,” Courtois said in Saturday’s pre-match press conference.

“Last year we didn’t win anything and we are very hungry to win [some silverware]. The coach has to be someone who manages the team well and motivates you to win, and that’s what the boss does.”

Vinicius Junior scored Real Madrid‘s first goal in their Supercopa semi-final victory against Barcelona in midweek, and Courtois puts the Brazilian’s improvement this season down to his hard work and growing maturity.

“As he gets older he’s getting better, and confidence helps too,” the goalkeeper responded.

“In other years he also scored goals. With [former head coach Zinedine] Zidane he practised a lot and worked on his finishing.

“He speaks a lot with Karim [Benzema] too, he’s a boy with a lot of quality and this year he’s finding the back of the net.”

Eden Hazard did not even come on as a substitute against Barcelona, which shows how far down the pecking order he has fallen, and Courtois recognises how difficult it is for his compatriot.

“He’s still working hard, he’s still doing well, and these are decisions made by the coach are not easy,” he commented.

Courtois understands that is not going to be an easy game against Marcelino‘s Athletic side, as he made clear during the press conference.

“It’s going to be a difficult game, they played in three finals last year,” he said.