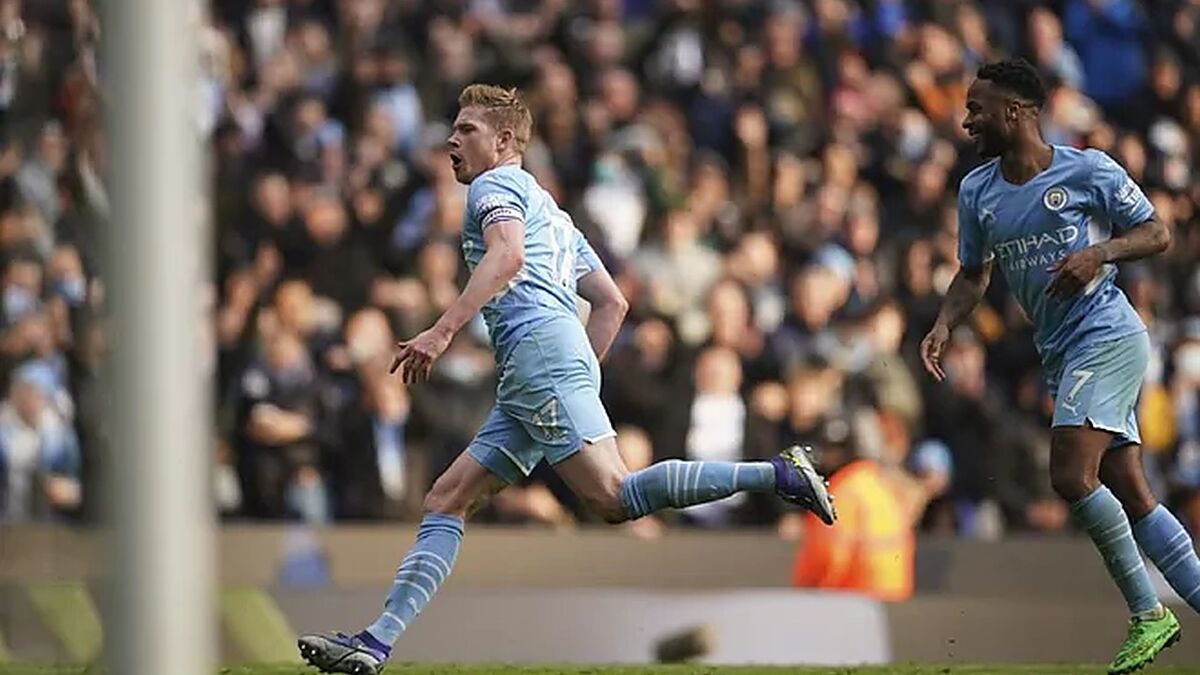 Manchester City have taken a huge step towards retaining the Premier League title, with Kevin de Bruyne‘s long-range strike earning the Sky Blues a 1-0 victory over Chelsea on Saturday lunchtime. Pep Guardiola‘s team dominated most of the match at the Etihad, but couldn’t find a way past Kepa Arrizabalaga until De Bruyne‘s moment of magic in the second half.

It was De Bruyne who was the most active in the first half too, testing Kepa from a tight angle and blasting another effort over the bar.

The Spain international goalkeeper made an incredible save against Jack Grealish just five minutes before the half time break, with his outstretched leg getting just enough on the summer signing’s effort to deflect it wide.

At the very start of the second half, Ederson had to deny Romelu Lukaku, but that was one of the very few Chelsea chances from this 90 minutes.

Manchester City had a couple of half-hearted penalty shouts via Raheem Sterling, before De Bruyne stepped up. After the playmaker had a powerful freekick saved by Kepa, he then found some space just outside the Chelsea area in the 70th minute and curled a perfect strike past the goalkeeper’s fingertips.

Aymeric Laporte made an important block minutes later by getting in the way of a Timo Werner shot, but that was as close as Chelsea would come to an equaliser as the home side held on.

The result puts Manchester City 13 points ahead of Chelsea now, effectively eliminating Thomas Tuchel‘s men from the title race. Liverpool, meanwhile, are 14 points behind the Sky Blues, although the Reds do have two games in hand.