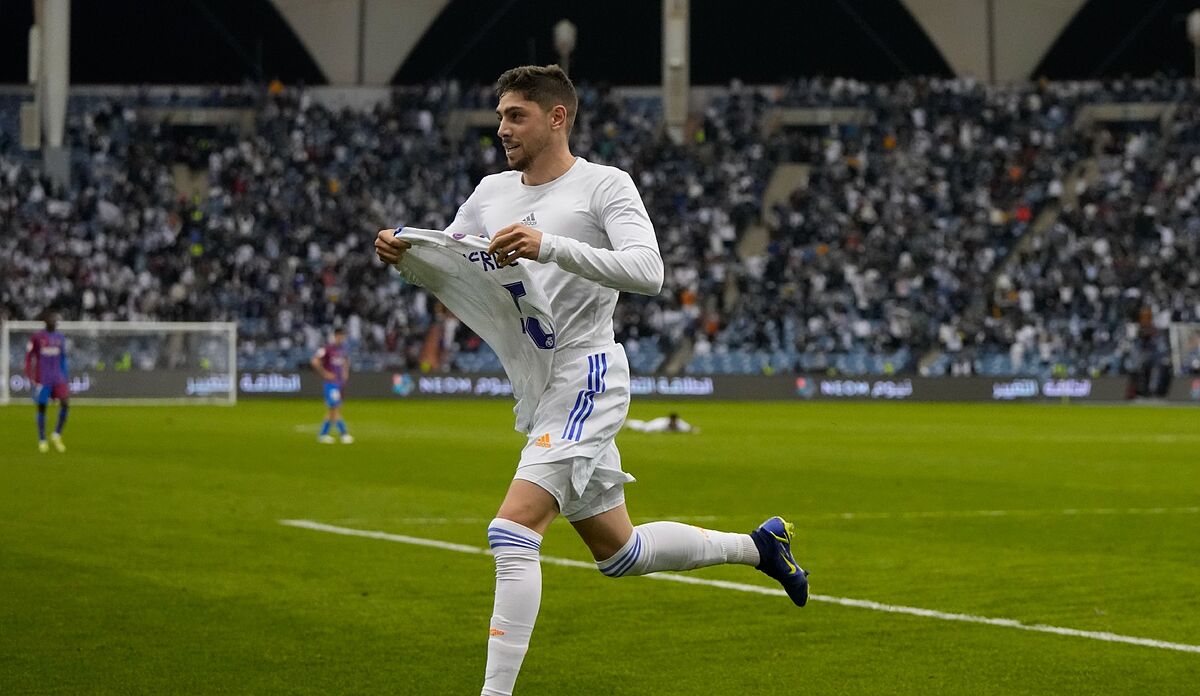 Fede Valverde has always delivered when Real Madrid have needed him to, and that was seen yet again in the Supercopa de Espana semi-final with his extra-time winner against Barcelona.

Despite there having been occasional doubts about him in the Spanish capital, the Uruguayan stepped onto the pitch in Saudi Arabia knowing he had the support of the club and Carlo Ancelotti. He’s an important player at Los Blancos and he knows that.

Ancelotti made it clear that Valverde‘s strength, pace and power would be useful, and so it proved.

Proving himself in 30 minutes

Fede Valverde had half an hour on the pitch in the Supercopa semi-final and showed plenty to suggest he has a lot to offer the team. He won the ball in his own area, he helped construct attacks, and he scored the decisive goal. The 23-year-old won 63 of the challenges he engaged in.

He needed a game like that. His importance is known in the dressing room, where he goes about his business quietly and, at times, unnoticed. He works tirelessly and he knows that Ancelotti trusts him completely.

Valverde has never given up believing in himself at Real Madrid, but his goal and performance against Barcelona was just what he needed to put any doubts that surrounded him behind him.

His winning goal against Barcelona has only served to strengthen the belief that Real Madrid had in him. Valverde is untouchable at the club, he’s under contract until 2027, and his release clause is one billion euros.