Newcastle United’s fans have flooded to social media on Saturday, to take aim at one member of the club’s squad in ruthless fashion.

Eddie Howe’s struggling Toon were of course back in action a short time ago.

Amid the club’s efforts to beat the drop, Newcastle welcomed Claudio Ranieri’s Watford to St. James’ Park for a crucial relegation six-pointer, aware that a victory would see them climb, at least temporarily, out of the bottom three.

And, with a full 87 minutes on the clock, the Magpies looked well on their way to precisely that.

This came after a moment of individual brilliance on the part of Allan Saint-Maximin saw the Frenchman cut inside from the left, before firing home at Ben Foster’s near post:

Allan Saint-Maximin with a SCREAMER for Newcastle!

The Magpies are OUT of the relegation zone with this strike!

A twist, however, remained in the tale.

With just minutes remaining in the action on Tyneside, Watford bagged what proved to be an all-important equaliser, when Joao Pedro rose highest to direct home a wonderful header:

Newcastle, as a result, remain firmly entrenched in the relegation zone, two points adrift of their opponents this afternoon, despite having played a game more.

In turn, on the back of the full-time whistle sounding on another damaging day for their side, the Newcastle faithful, altogether predictably, have since been up in arms online.

Owing to the latest in a lengthy stretch of sub-par showings, the likes of Sean Longstaff, Jonjo Shelvey and Ryan Fraser have all come in for major criticism.

None, however, has been more heavily targeted this evening than Jamaal Lascelles, whose failed attempt to challenge Joao Pedro ultimately cost his side two points on Saturday.

Just some of the widespread condemnation directed at the Newcastle captain from across Twitter, in turn, is showcased below:

Get rid of liability Lascelles. Yet again one of his mistakes Costing us. Shit defender and shit captain.

GIVE @SevillaFC WHAT THEY WANT!!! #NUFC get rid of that useless lump lascelles! Too many error on too many occasions! No defending that shit anymore!!!!

Lascelles really doing his best to get us relegated

I’ve held back on this for a long time but now I really don’t give a shit if he sees it or not jamal lascelles does not deserve to play in our defence in the position we are in. At the minute he is to much of a liability.

Lascelles is the worst captain in the premier league and in newcastle history. #nufc

Pay what you must to get Diego Carlos and Botman or whoever. GET LASCELLES AWAY FROM THE TEAM.

GETTING TO KNOW | Chris Wood

His Geordie icon to his Greggs order, we get to know our new signing,… 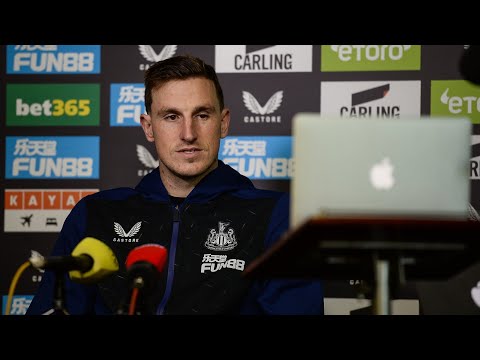