Manchester City manager Pep Guardiola wants to keep his players on track now that they have opened up a big lead at the top of the Premier League.

City beat second-placed Chelsea on Saturday to go 13 points clear of the Blues and 14 above Liverpool. What’s more, that was the club’s 12th win in a row in the top flight.

Such a run – which Guardiola labelled “incredible” – would prove crucial at any point in the season, but it has come throughout the busy festive period and City now look firm favourites to clinch top spot.

Indeed, they have now played Chelsea twice and won both matches. They still have to play Liverpool at the Etihad Stadium in April and they do not look like dropping many points before then.

Guardiola admitted that it is a “big jump” for Liverpool and Chelsea to catch City. However, he insisted that he will now adapt his role slightly from manager to psychologist to keep his players on track.

Told in his post-match interview with BT Sport that teams at the top have blown big leads in the past, Guardiola said: ” Listen, that will be a problem now, that is for granted.

“If Liverpool win the game in hand [against Leeds], it’s eight points.

“Now my job is to get into the heads and the brains of my players to try to get them not to believe what people are going to say.

“I’ve put to them an example many times recently. We were winning 4-0 at 45 minutes against Leicester and in 20 minutes it was 4-3.

“So of course we are more than pleased with the position and that’s a big jump to do. My job is to tell them and I’m pretty sure I will do it.”

Kevin de Bruyne won the day for City against Chelsea with a 70th-minute strike.

The Belgium international, on the edge of the area, looked like he wanted to pass out wide. However, when the options closed down, he instead dug a shot out which curled into the bottom right corner. 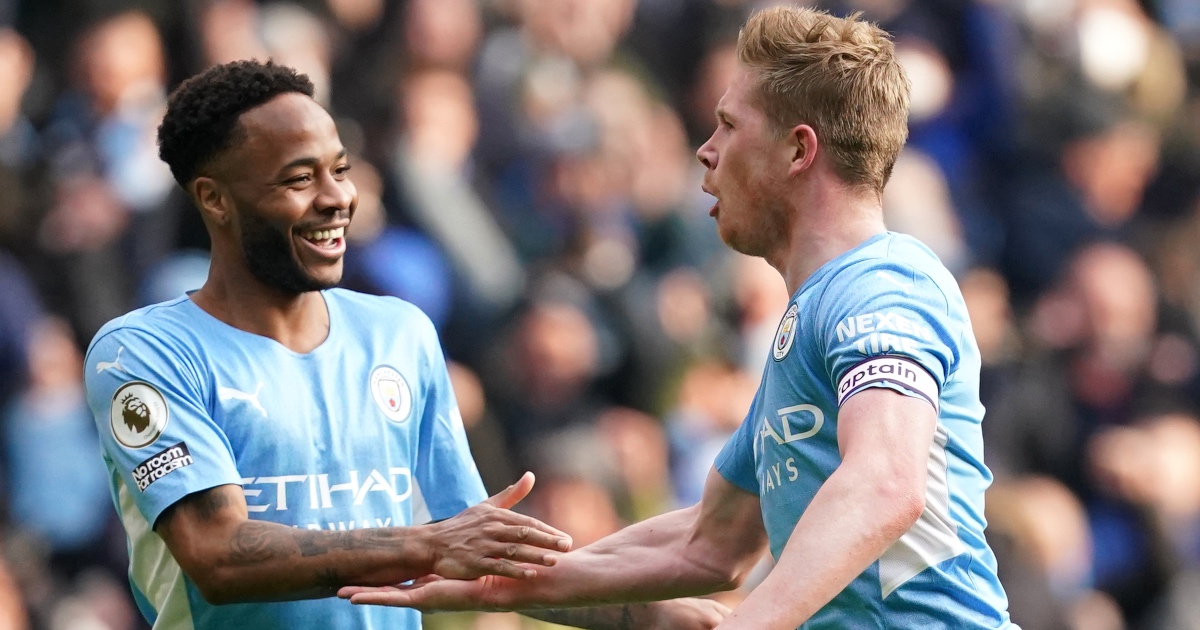 “We spoke together and said we are together since day one, with all that we have won,” Guardiola said.

“He’s humble and does everything for the team. It’s not easy to find that. I want more of him as I know he can do it.

“He missed a little bit of confidence this season, but he knows what he can do.”

City return to action next Saturday when facing Southampton on the south coast.

The post ‘Listen, that will be a problem’ – Guardiola makes Man City title claim but offers Liverpool warning appeared first on TEAMtalk.