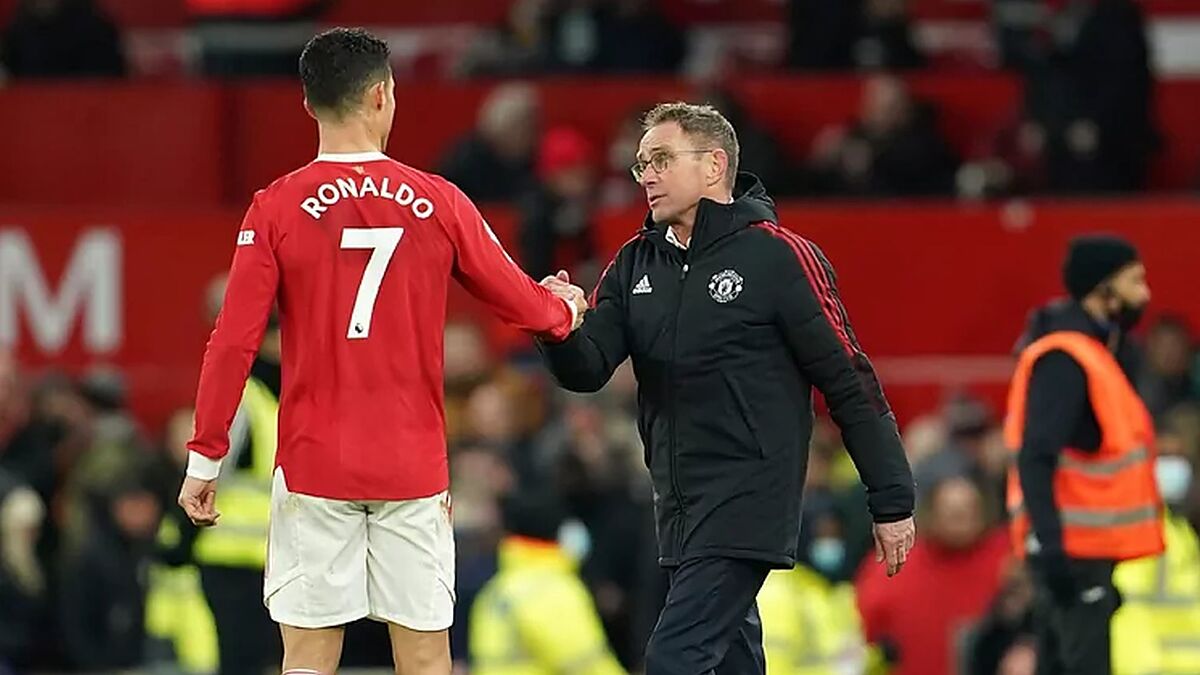 Cristiano Ronaldo caused a stir at Manchester United this week by publicly expressing his frustration with the club’s current position in the Premier League, but the Portuguese’s comments have the full backing of interim coach Ralf Rangnick.

The No.7 had said that no finish lower than third should be acceptable at Old Trafford, while continuing to bemoan that young players today are less open to constructive criticism from more experienced squad members.

“The older and younger players have to play as a team and be united on the pitch,” Rangnick said, encouraging Ronaldo to continuing giving advice to his teammates.

“We have so many top, talented players and it brings me back to what Cristiano said. We have to work and develop as a team together.

“If it’s necessary to speak in a very direct manner to the boys, it helps a lot, even in the locker room.

“If Cristiano, or any of the other players, address that to the players directly on the pitch, or in the dressing room, they are more than welcome to do that.

“We now have enough experienced and older players who can not only be role models themselves in training, on the pitch and in games. But, they can also do that in all those conversations in the locker room, or when they are together in the hotel ahead of games. This has to happen. In a team, in a united team, that happens automatically.

“I can only invite, challenge and tell all the players – also the older players – to do that on a regular basis. That helps even more so in a team that we have currently.”

See also  Joe Johnson NBA: Who is the Celtic's new player with a 10 day contract?