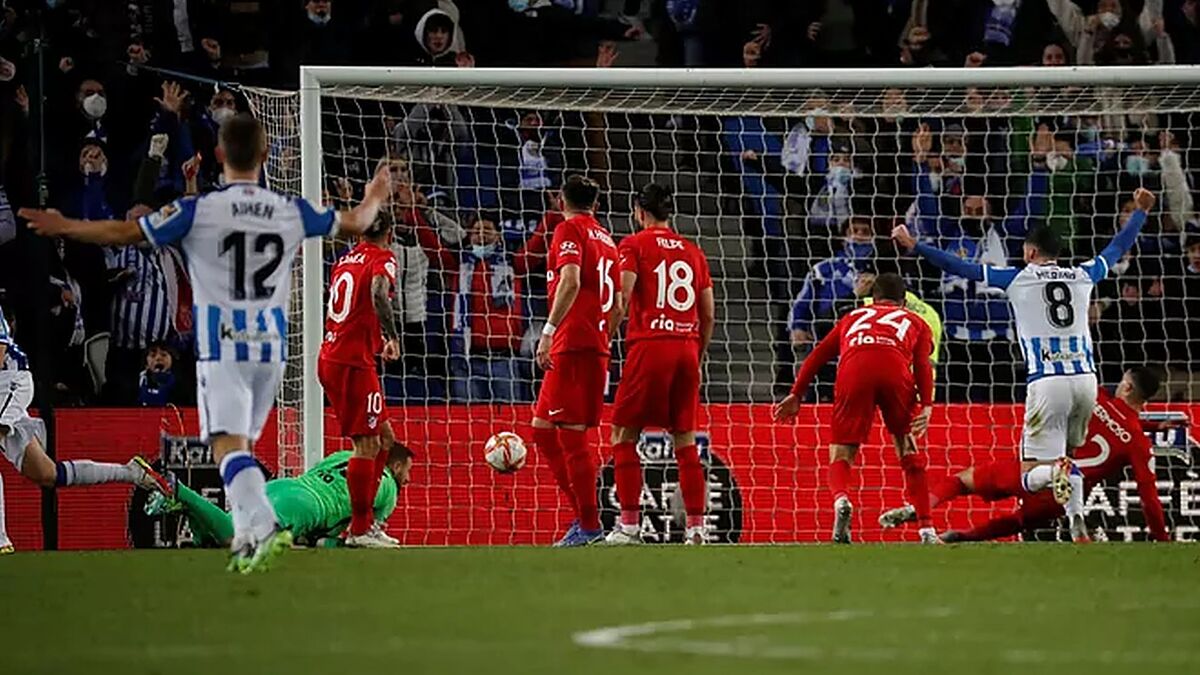 Scenes outside the Reale Arena in San Sebastian before kick off showed how much Real Sociedad fans wanted more Copa del Rey success to add to their 2019/20 title, and it showed on the pitch too. Items were thrown at the Atletico bus as it arrived at the stadium, before the capital city team were rocked by Real Sociedad as Adnan Januzaj and Alexander Sorloth earned the Basque side a 2-0 win.

Januzaj was a constant thorn in Atleti‘s side, hitting the post early on, but the first major chance fell to Yannick Carrasco as he broke through on the counter down the right, but his effort also hit the woodwork.

Atleti continued to grow into the game and even began to dominate at one stage, but it was Belgian winger Januzaj who then broke the deadlock. Real Sociedad attacked down the right, with Mikel Merino‘s skill in the middle allowing him to spread the ball for Joseba Zaldua to cross to Januzaj, who rose above three Atleti defenders to score with his head.

The Copa del Rey represented Atletico‘s best chance of a title before this tie, but the defensive woes which have plagued them all season struck again in the north of Spain one minute into the second half. Felipe, starting in the absence of the suspended Jose Maria Gimenez and the injured Stefan Savic, took too long on the ball and Sorloth robbed Atletico‘s last man of possession and slotted beyond Jan Oblak.

Diego Simeone reacted with a triple substitution to try to revive his team, but Imanol Alguacil‘s side continued to look comfortable, even as Atleti began to dominate possession.

In fact, the best chance of the final moments of the game fell to Ruben Le Normand, whose header from a corner was cleared off the line by Matheus Cunha.

Real Sociedad now enter the next round and join Real Mallorca, Rayo Vallecano, Cadiz, Valencia and Real Betis in the draw, with Real Madrid, Elche, Athletic Club and Barcelona set to play on Thursday for a place in the quarter-final.