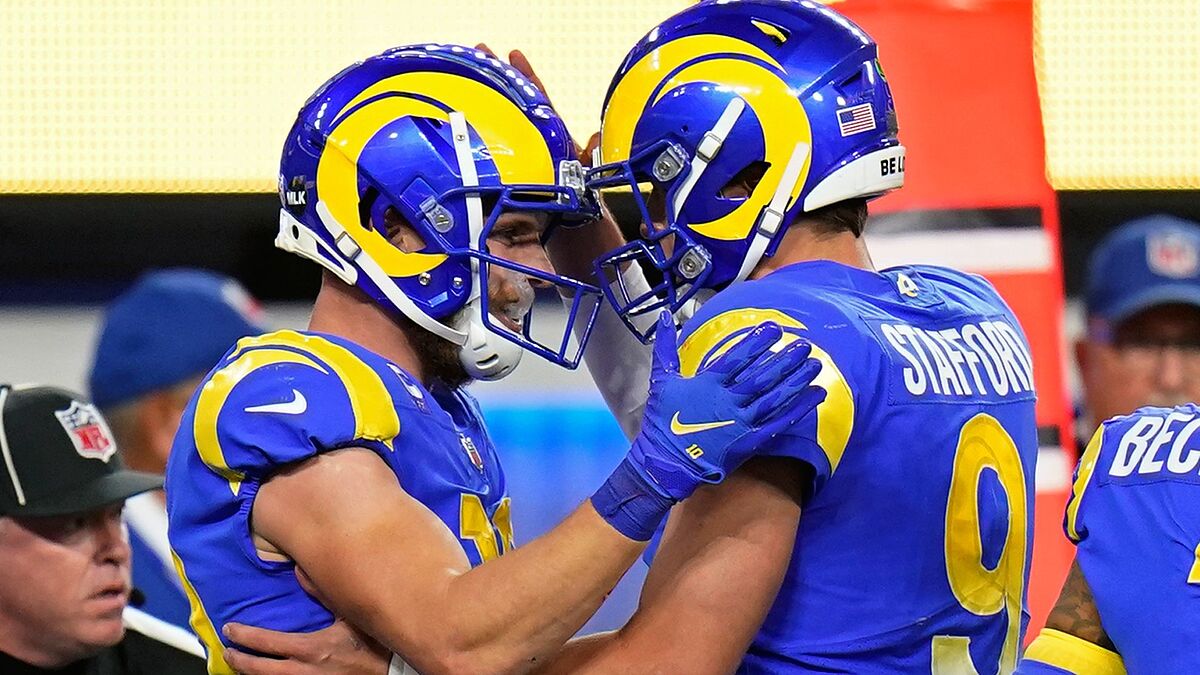 The Los Angeles Rams‘ 34-11 win over the Arizona Cardinals in the Wild Card Round of the Playoffs not only allowed the team to advance to the Divisional Round, it has also allowed them to give their fans hope that the team is ready for the biggest stages.

After the Monday Night Game win at SoFi Stadium, coach Sean McVay was pleased with his team’s performance.

“I thought our guys did a good job playing a complete game, that’s what we wanted to be able to do coming in here,” McVay said.

Matthew Stafford joked about getting his first playoff win, a debut in which he completed 13 of 17 passes for 202 yards, two touchdowns and no interceptions, accepting that he needed it but giving the result greater importance for the team as a whole.

“I think it means a lot more to you guys and all that,” Stafford said. “I just want to be a part of this team and help us win. I trust in myself, trust in my abilities, trust in my teammates.”

In addition, the quarterback highlighted the contribution of Odell Beckham Jr., who caught four receptions for 54 yards and a touchdown, as well as a 40-yard toss to running back Cam Akers.

“Odell is just a super-talented guy,” Stafford added. “He made that throw right-handed, he could probably do it lefty, too.”

“He should’ve led me a little bit,” Akers said. “It was a good play we drew up in practice and it came to light.”

Facing the reigning Super Bowl champions will be no easy task for the Rams, plus both teams will be without players who were in their last matchup in Week 3.

“I think they’re different from when we played them last, I think we are, too-both in personnel, scheme a little bit, as you evolve throughout the season. It’ll be interesting to see how they look as of late,” Stafford said.