Originally called the San Diego Open and first staged in 1952, the Farmers Insurance Open is now in its 70th year. It’s been played at Torrey Pines since 1968.

The event is played over two courses, with the entire field playing both the North and South Courses over the first two days before the weekend play is staged entirely on the tougher, longer, South Course.

The South Course was also the venue for last year’s US Open, won by the 2017 Farmers Insurance Open winner, Jon Rahm.

Both courses were designed by Billy Bell Jr. and were opened in 1957.

The South Course was extensively revamped in 2001, by Rees Jones; after it had been awarded the 2008 US Open, and it was tweaked again ahead of last year’s renewal.

This piece here details the renovation staged before the 2021 edition.

The North Course had always differed quite significantly to the South but it underwent a renovation of its own, by Tom Weiskopf, prior to the 2017 renewal and the scoring differential between the two narrowed considerably after that. 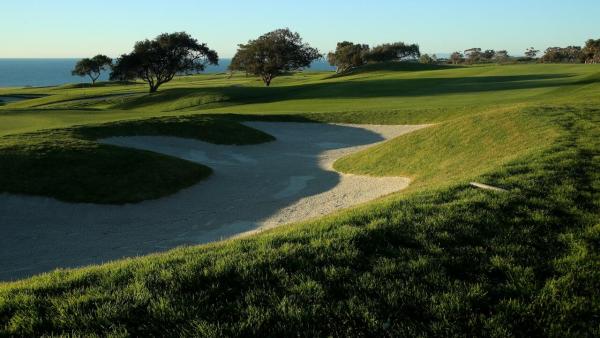 In the two renewals prior to the North Course overhaul, there was a 3.57 strokes differential in the bad weather of 2016 and a difference of 3.29 in 2015 but in the first two years following the alterations, the North Course only averaged 1.49 and 1.5 strokes easier.

The gap is starting to widen though and in the last three renewals, the differential has drifted each year. It played 1.89 strokes easier in 2019, 1.96 strokes in 2020 and as big as 3.21 easier last year.

If you’re betting in-running, the 18th is the toughest hole on the North Course (averaged 4.37 last year) but holes two, three and four are tough. Now known as The Undertow, that three-hole stretch averaged 0.7 strokes over-par in 2020 but it wasn’t quite so tricky last year, averaging just 0.19 over-par.

Live on Sky Sports all four days, starting at 17:00 on Thursday

What Will it Take to Win the Farmers Insurance Open?

Other than putting, nothing really jumps out at you statistically here and, unsurprisingly for a championship course, most winners rank fairly-highly in all or almost all other categories.

The South Course is long so distance off the tee is advantageous and four of the last ten winners have ranked first or second for Driving Distance but the last two winners, Patrick Reed and Marc Leishman, have ranked only 51st and 34th for DD so a lack of length can be negated.

I’d slightly favour DD over Driving Accuracy though. Reed ranked ninth for DA last year but the runner-up, Tony Finau, only ranked 71st and Leishman only ranked 58th for DA when winning two years ago. Jon Rahm ranked number one for Strokes Gained off the Tee five years ago but the last two winners have ranked 49th and 31st for that stat so we shouldn’t get too hung up on the driving metrics.

We haven’t seen any winner top the Greens In Regulation stats since Bubba Watson in 2011 and Reed ranked a remarkable 63rd 12 months ago (as well as only 39th for Strokes Gained on Approach) but 16th was the worst any of the previous six victors ranked for GIR and three of the four winners before Reed ranked inside the top-five for SGA.

Reed ranked number one for Strokes Gained Around the Green and he ranked sixth for Scrambling with the top two in the Scrambling stats, Ryan Palmer and Xander Schauffele, tying for second with three others and although the 2019 winner, Justin Rose, had poor Scrambling figures, it’s usually a key stat.

Is There an Angle In?

Jon Rahm went against the grain five years ago as he was the first debutant to win at Torrey Pines since the event moved there 50 years previous and even if we disregard seven-time winner, Tiger Woods, course form has been a huge indicator.

Last year’s winner, Reed, had finished sixth 12 months earlier and the 2020 winner, Leishman, had twice finished runner-up in the event previously. And they were far from the first to give us an indication that they liked the place…

Scott Stallings hadn’t made a cut here before winning eight years ago but he was very much the exception rather than the rule and it’s worth noting that he followed up his win with a second 12 months later. Brandt Snedeker was winning here for a second time when he got lucky with the draw in foul conditions six years ago and Jason Day has also won the event twice. He was also ninth in 2013 and second in 2014.

Rose struggled to get to know the place but he had been fourth and eighth in the two years prior to his 2019 victory and Ben Crane, Nick Watney and even shock 2004 winner, John Daly, had all finished inside the top-10 in at least one of their previous two tournament appearances, so despite the 2017 result, think very carefully before backing someone with little or no previous at the track. With the benefit of hindsight, Rahm’s victory five years ago makes total sense now.

Glen Abbey, which has hosted many a Canadian Open, provides far and away the strongest course correlation. In his only visit there back in 2013, Reed finished ninth, Rahm was runner-up in the Canadian Open in 2016, Jhonattan Vegas, who’s won two editions of the Canadian Open at Glen Abbey, finished third here on debut in 2011, Farmers winners, Jason Day and Bubba Watson, finished one and two in Canada in 2015, and recent Glen Abbey winners, Brandt Snedeker and Tiger Woods are multiple Torrey Pines winners.

Is There an Identikit Winner?

The 2014 winner, Scott Stallings was something of an anomaly and although a multiple PGA Tour winner, Ben Crane couldn’t be described as top class either but every other winner going right the way back to the last century has been straight out of the top drawer and I’d think very carefully about backing a raft of outsiders. 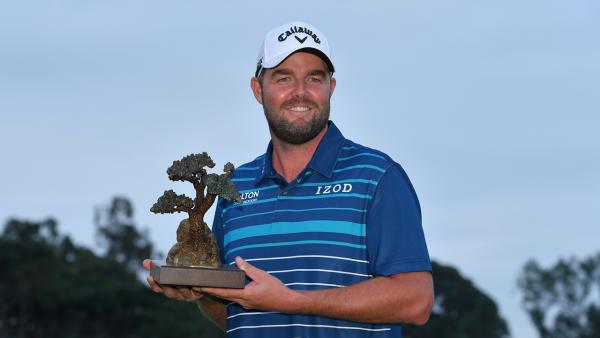 In contrast to this week’s European Tour event, the Dubai Desert Classic, where unless the wind blows hard, you need to concentrate on the leaders from very early on, the winners here can overcome a snail-like start.

Reed was always in the van last year and Justin Rose was up with the pace throughout too. He sat second and one back after round one in 2019 and he was never headed after that, but they’re the exceptions rather than the rule.

Leishman was 17th and six behind at halfway two years ago and he was still four adrift before round four. And he’s far from the only winner to overcome a pedestrian beginning to the tournament…

The 2016 result was barmy. Snedeker sat seven, eight and six adrift after rounds one, two and three before firing a quite remarkable three-under-par 69 in round four in vile conditions. That saw him close to within one of the lead and when play was eventually called for the day the leader, and most of the field, returned on Monday to finish off and none of them could post better than Sneds as the wind and rain continued to punish. Although that was an unusual renewal, weather wise, winning from off the pace here is far from unusual, even in decent conditions.

The draw is tough to work out now. The last three winners have all started on the North Course but that used to be a negative with the eight winners before them all starting the tournament on the South Course. Is it a three year blip or a change in trend?

Reed was the first – first round leader to go on to win since 1996 and Tiger Woods (2008 and 2013) and Rose three years ago, are the only halfway leaders to convert. Reed sat second at halfway before leading after round three but third round leaders tend to struggle here as a rule and they’re often worth taking on.

Like Rose three years ago, Woods was never headed in 2008 and 2013, once he’d hit the front at halfway, and he was also in front after round three in 2003 but other than Reed last year, the only other third round leaders to go on to win this century are Phil Mickelson in 2000 and John Daly in 2004, and the latter needed to win a three-man play-off.

The last six pre-round figures for the winners are above but prior to that, Stallings was three back and trading in excess of 30.029/1 eight years ago, Snedeker trailed by seven strokes after 54 holes in 2012 (when Kyle Stanley lost having led after the first three rounds and having been matched in-running at 1.011/100), and Watney had been five back three years earlier. This is most definitely an event in which to take on the leaders.

With two victories in six visits (and a total of five top seven finishes) it’s entirely understandable that the World No. 1 Jon Rahm has been made the favourite. Even the one time he didn’t finish in the places, he was lying second at halfway. He really is very, very fond of Torrey Pines, scene of his major championship breakthrough last summer.

Justin Thomas is the clear second favourite. He was tied 10th on debut in the event in 2014, missed the cut in the following year and only returned for last year’s US Open, when tied 19th. They’re not especially persuasive numbers.

Local man Xander Schauffele has something of a two-tone course record. Prior to last year, his record book read: four missed cuts and tied 25th. But he was tied second last January and tied seventh in June’s US Open.

It took California’s Xander Schauffele quite some time to show something at Torrey Pines as a pro. His first five visits produced figures reading MC-MC-MC-25-MC which was simply bizarre for the San Diego born superstar but things changed in this event last year after a slow start.

Schauffele sat 48th after round one and 40th at halfway before he shot 68-69 over the weekend to finish tied for second behind Reed – ranking second for Scrambling – and he contended strongly here at the US Open in June before going on to finish seventh.

We haven’t seen the Olympic champion since his steady 12th at the Sentry Tournament of Champions three weeks ago and he looks nicely primed.

Max Homa and Sam Burns are two with improving Torrey Pines form, Tony Finau is a standing dish around the venue, with form figures reading 24-18-4-6-13-6-2-MC, and Brandt Snedeker showed a bit of form at The American Express last week. All four are interesting contenders, with the place markets in mind for the latter named two.