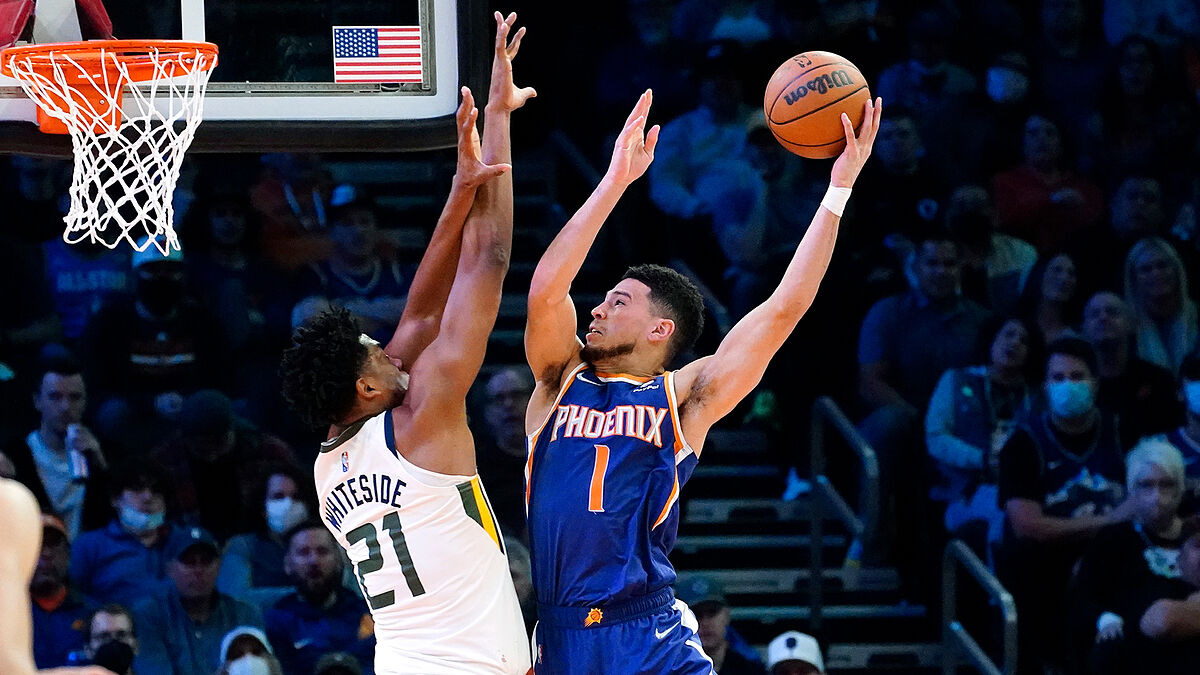 The Phoenix Suns (37-9) defeated the Utah Jazz (30-18) on Monday at Footprint Center as Devin Booker and Chris Paul combined for 60 points.

These two teams will meet again on Wednesday at Vivint Smart Home Arena, and Jazz will likely get its two biggest stars, Rudy Gobert and Donovan Mitchell, back from injury. In their absence, seven Utah players recorded double-figures in scoring, with Jordan Clarkson leading the bunch in points and assists.

Suns are on a 7-game win streak

Clarkson scored 22 points in 34 minutes to go with five assists, and Trent Forrest dropped 17, while Danuel House and Eric Paschall each added 14, the latter doing so in 18 less minutes of play. Rudy Gay and Jared Butler both racked up 13, and Hassan Whiteside followed close behind with 10, plus a team-high nine rebounds.

Phoenix led 31-21 after one quarter, but Utah fought back throughout the second and third, to start the final period of play up by two points. In the fourth quarter, Suns outscored Jazz by eight points to put the game away at 115-109 and extend its win streak to seven.

Chris Paul nearly had a triple-double

Paul was one rebound away from recording a triple-double, scoring a season-high 27 points, dishing out a game-high 14 dimes, and grabbing nine boards. Paul made 4-of-7 shots from beyond the arc and added one steal in 40 minutes on the floor.

Booker led all scorers with 33 points in 38 minutes to go with seven rebounds and three assists. Meanwhile, Bismack Biyombo got a 16-point double-double off the bench, outperforming starter JaVale McGee, who struggled with early foul trouble as Deandre Ayton remained sidelined for a fourth straight game with an ankle injury.