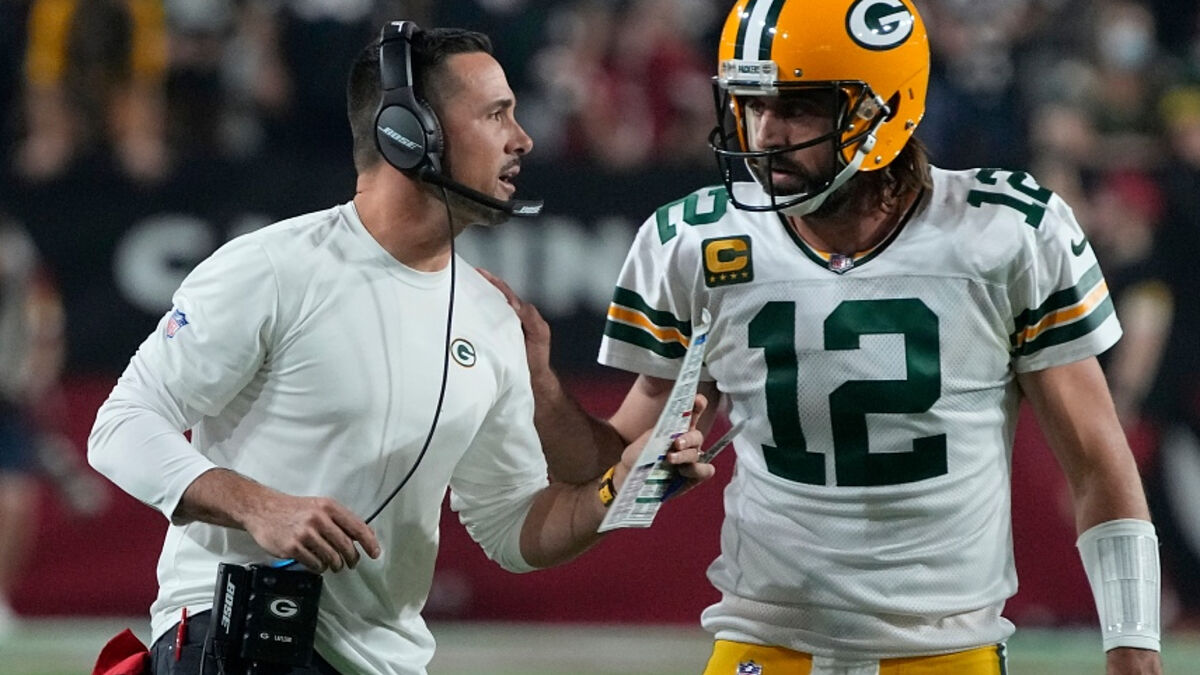 After the Green Bay Packers‘ surprising 13-10 loss to the San Francisco 49ers in the Divisional Round of the playoffs at frigid Lambeau Field, there has been much speculation about whether this will be star quarterback Aaron Rodgers‘ last game with the team that had the best record in the entire NFL regular season.

Everyone in Green Bay wants Rodgers back

However, according to Packers head coach Matt LaFleur, in Green Bay the unanimous intention is to see Rodgers wearing the green and yellow in the 2022 season.

“We’re all on the same page there,” LaFleur said. “There’s no debate.“

Rodgers expressed during the offseason last offseason his desire to be traded to the Packers, however, it is not known if his desire remains that way or, even, to opt for retirement.

“I sat down and talked to Aaron today for quite some time. You know I think we’re all a little numb to the situation right now,” LaFleur said. “I would say that what we talked about I’m definitely going to keep between him and myself, but we’re hopeful that he’ll be back next year, obviously. I mean, this guy has done so much for such a long period of time for this organization, for this city, for this team. And so, I want to be respectful of his process, whatever he needs to go through to make the best decision for himself, and certainly we would love for him to be a Packer and be a Packer until the day he decides to retire.”

See also  Rafa Nadal's miraculous turnaround: From doubting his future to being a finalist at the Australian Open

LaFleur’s remarks came Monday at a news conference that focused on the future of the 38-year-old quarterback who has failed to beat the 49ers in the playoffs four times during his career.

“I just want to do everything in our power to try to get him back here and making sure that he’s comfortable with the direction of our football team and confident that we can continue to have success here and again, try to find a way to get us kinda over that hump, so we can reach further and further and further,” LaFleur said. “Obviously at the end of this thing, only one team’s happy and until we’re holding that Lombardi Trophy, I don’t think we’re ever going to feel happy with where we’re at.”