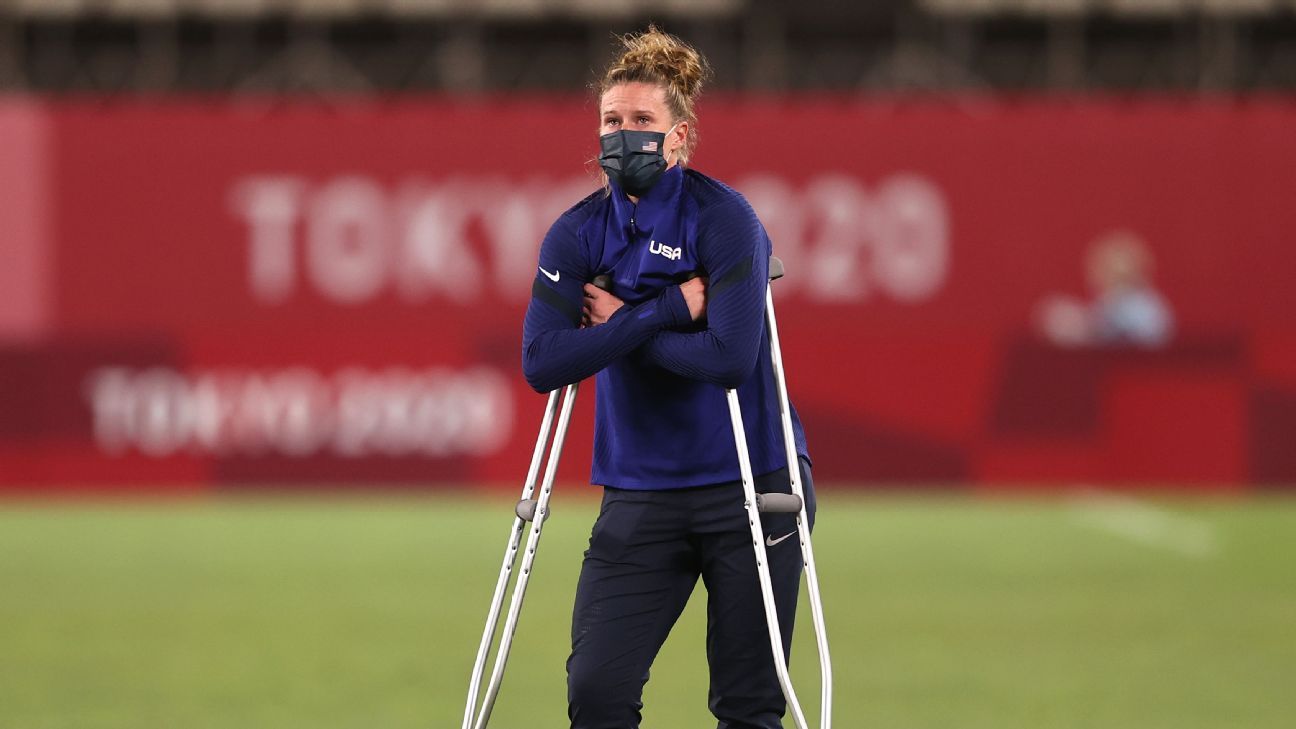 United States women’s national team goalkeeper Alyssa Naeher is fully recovered from the right knee injury she suffered during the Tokyo Olympics and says she has returned with a newfound appreciation for the sometimes cruel sport.

The veteran player collided with a teammate while trying to intercept a crossing pass early in a 1-0 semifinal loss to Canada, and the resulting injury led to a lengthy rehab.

“I’m 100%. No restrictions. I’m not holding anything back,” she told reporters from training camp in Austin, Texas.

“So now it’s just getting back up to speed. It has been a long recovery. I’m excited to get back in with the group, put my head down and get back to work.”

Naeher was riding high after she came up with several sensational saves in the quarterfinal win over the Netherlands but was forced to watch from the sidelines as the team defeated Australia in the bronze medal match.

She said the injury has taught her to appreciate the good times, which she now knows can be fleeting.

“This game can be kind of cruel, to go from such a high to such a low that quickly,” she said.

“So for me, it’s about not taking anything for granted. You never know when an injury is going to pop up, so it’s about enjoying every part of it. Enjoying every training session, every meeting, every physical therapy session.”

She added that a group of swimmers took her under their wing to help her maintain her fitness during the layoff after doctors had told her to steer clear of the pitch.

“I’m grateful for the people that helped me over the last six months,” she said. “The people who helped me to get back to me.”