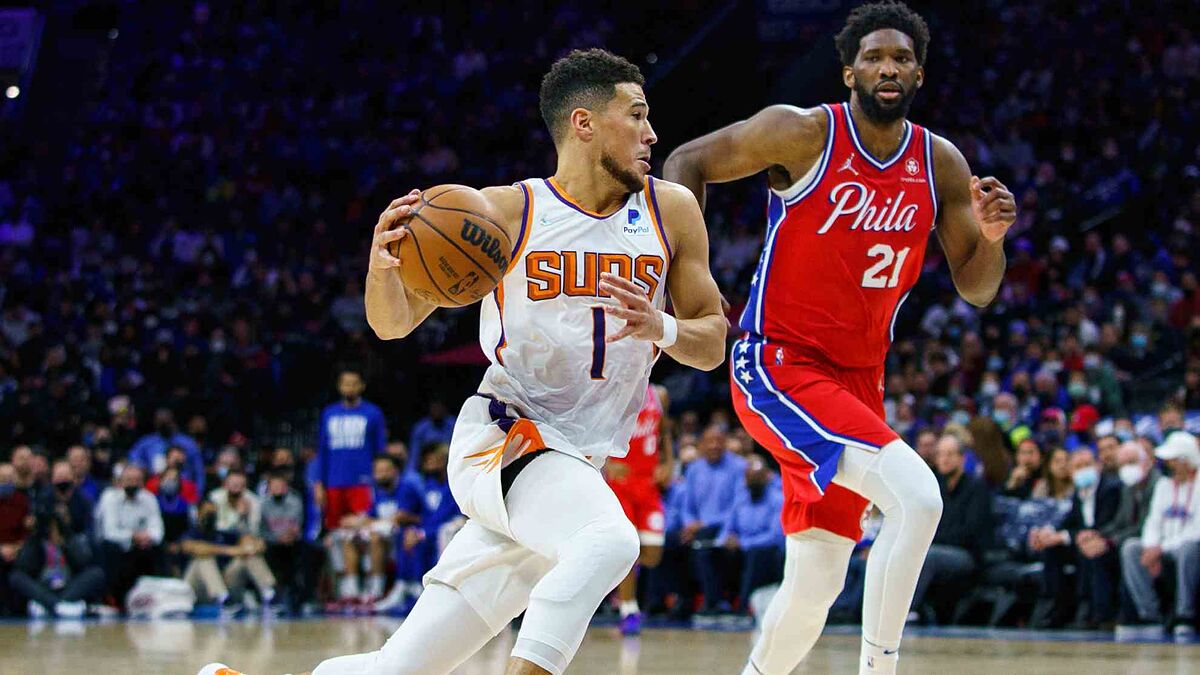 The Phoenix Suns gave another blow of authority to consolidate their position as the best team of the moment in the NBA by defeating the Philadelphia 76ers 114-109 on Tuesday night as visitors, who concentrated their offense in only two players.

Speaking of the Suns’ great momentum, the team led by Monty Williams was down by as many as 14 points during this game, however, based on their two leaders, point guard Chris Paul and shooting guard Devin Booker, they came from behind to get their 14th win in the last 15 games.

Booker was the game’s leading scorer with 35 points, while Chris Paul posted a customary double-double product of 16 points and 12 assists.

Center JaVale McGee also added a double-double thanks to 15 points and 12 rebounds, and along with small forward Mikal Bridges‘ 23 points and center DeAndre Ayton’s 10 points were five players from the defending Western Conference champions to surpass double digits in scoring.

In the losing cause for the 76ers, it was another monster game for Cameroon’s phenomenal center Joel Embiid, who racked up 34 points and 12 rebounds, but lost a couple of turnovers in the final minutes that secured the win for the opposing team.

It was Embiid’s fifth straight game with at least 25 points and at least 10 rebounds, the longest active streak in the NBA.

Another player who stood out offensively for the locals was power forward Tobias Harris, who accumulated 30 points, in addition to Tyrese Maxey‘s 14 units were practically the entire offense of the team from the city of “Brotherly Love”.

With this result, Phoenix improved its record to 44-10, the best in the NBA and, therefore, in the Western Conference, while Philadelphia dropped to 32-22 to occupy fifth place in the Eastern Conference.

What’s next for the Suns and 76ers?

The next game for the Suns will be next Thursday when they host the champion Milwaukee Bucks.

Meanwhile, the 76ers will return to the court this Friday to host the Oklahoma City Thunder.