Pierre-Emerick Aubameyang could be set to make his first start for Barcelona since his switch from Arsenal in the January window.

The forward joined the Catalan side on a free transfer on deadline day after being stripped of the captaincy at Arsenal and frozen out following a breach of discipline by Mikel Arteta.

The Gabon international donned the Blaugrana for the first time at the weekend as he came of the bench during Barcelona’s 4-2 triumph over LaLiga rivals Atletico Madrid. 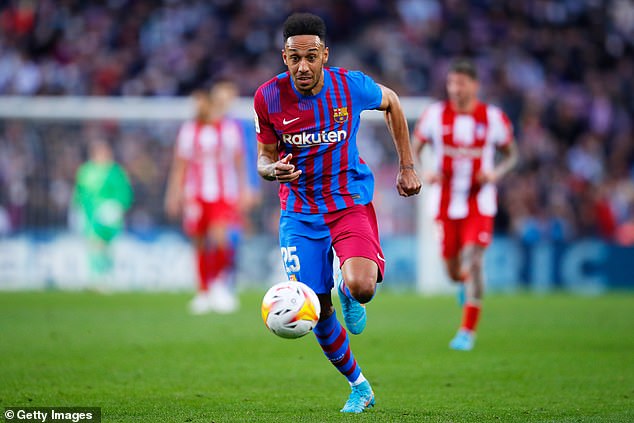 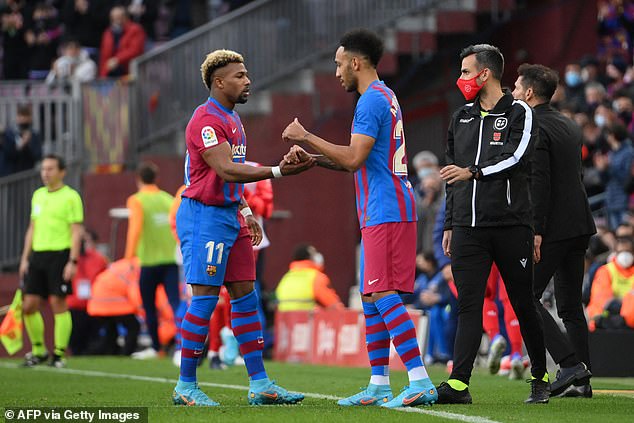 But he could make his first starting debut for Xavi’s side when they face Espanyol on Sunday, according to Spanish outlet SPORT.

After another week training at Barcelona, it cannot be ruled out that Xavi could decide to start the 32-year-old.

Aubameyang could start as a No 9 which would move fellow new signing Ferran Torres to the right wing.

This line up would see Adama Traore, who started as right winger last Sunday, bumped back to right wing-back in the place of Dani Alves, who is suspended following a red card against Ateltico. 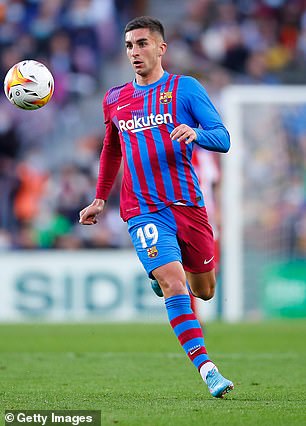 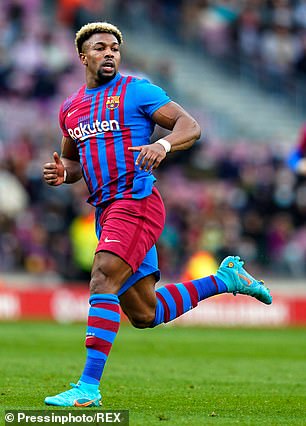 Aubameyang’s start could see Ferran Torres (left) move out wide, while Traore could play as a right wing back 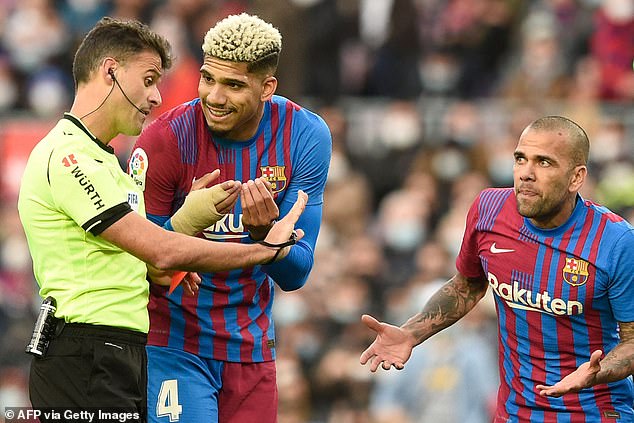 Another option Xavi could plump for is to start all three of Barcelona’s attacking January signings alongside each other.

In this case, Aubameyang would still play in the centre but would be flanked by Traore on the right and Torres on the left instead.

But that option would see starlet Gavi dropped to the bench, despite the 17-year-old finding the net in Barcelona’s last game.

However, prior to his deadline day move Aubameyang had not made a single appearance for Arsenal since a five-minute cameo against Everton on December 6.

His severe lack of playing time could be a stumbling block on his path to the starting XI as Xavi could choose to allow him more time to adjust. 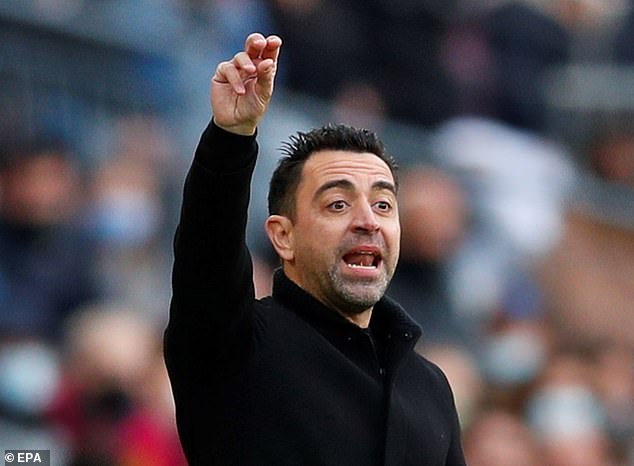