The midfielder sustained a gashed knee in Sunday’s win at Burnley but is set to fly out with the rest of the team. January signing Luis Diaz has also been added to the squad and is likely to make his European debut for the club in the San Siro.

Speaking ahead of the game, Reds boss Jurgen Klopp said: “Hendo is fine. Apart from that, there are no issues really.

“He got a knock on his knee and today was second-day recovery for a lot of players like for him as well, so it was not the longest session for him.

“The knee in the game was definitely not comfortable. It’s a proper wound, you can really see it – it should not be there. Apart from that, he is fine.”

The Reds head into the game on a fine run of form, having won their last six games in all competitions.

Liverpool also became the first English team to win all of their Champions League group stage matches and are the favourites to beat the reigning Italian champions.

Cristiano Ronaldo on verge of worst-ever goal drought – where would it rank among Europe’s other top strikers?

Meanwhile, Jurgen Klopp has admitted that he has never worked with a player with the same love for football as new attacking signing Luis Diaz.

The Colombia international, who arrived at Anfield late on in January, did so after the Reds decisively snapped him up. Tottenham held serious talks over signing him, so Liverpool consequently sprang into action.

Indeed, Diaz was a long-term transfer target for Reds boss Klopp, who had planned a summer move for the former Porto star.

Nevertheless, the 25-year-old has beefed up Liverpool’s squad for the remainder of this season instead. 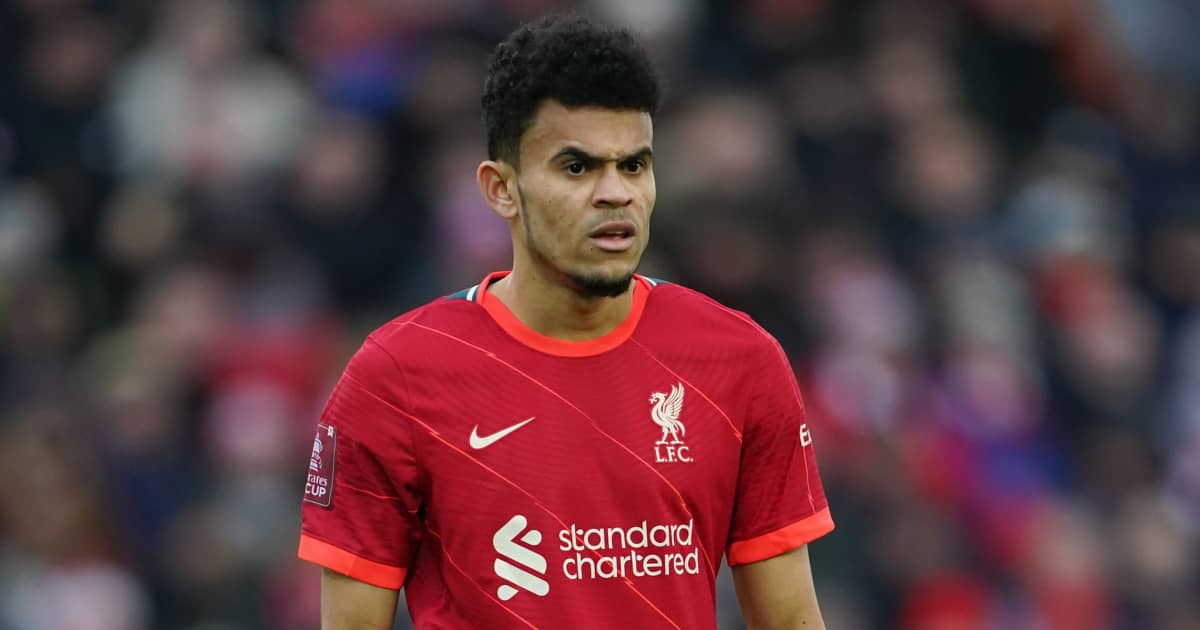 He did not feature in Sunday’s narrow Premier League win over Burnley. However, he made an instant impact on debut with an assist against Cardiff in the FA Cup.

Diaz also impressed in the 2-0 win over Leicester and Klopp has admitted that he has never worked with a player like the winger.

The manager said: “Luis is a top boy, top-class player. He showed that already in two appearances he had for us now. The last game he didn’t come on.

“It’s like it is for a new player, he has to get used to different things in a team. We have all other players fit and they know exactly what I want from them.

“We give Luis a little bit more time to adapt to it, but he is an incredible player.

“His joy and love of football is so obvious. When you see him training, he cannot stop smiling – I never had a player like this, it’s crazy!

“We are so, so happy to have him here. It’s absolutely great and we expect a lot from him now and in the future. I have a good feeling it will be a really nice story with Luis at Liverpool.”