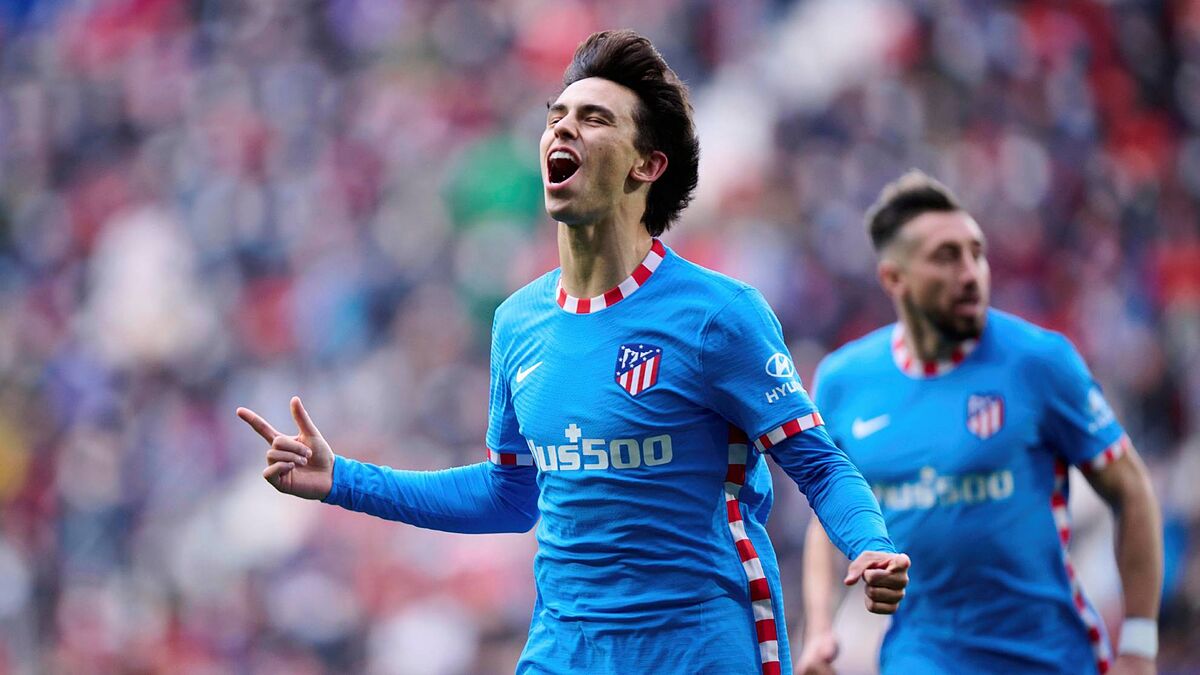 João Félix scored and assisted Luis Suárez in Atlético Madrid’s 3-0 win at Osasuna in the Spanish league on Saturday, giving the struggling defending champions a boost before they face Manchester United.

Félix smashed in a poor clearance by Osasuna goalkeeper Sergio Herrera for the third-minute opener. Felix’s pass in the 59th launched a counterattack that Suárez capped with an exquisite left-foot strike – from 40 yards out – over the head of Herrera, who was caught off his line.

Ángel Correa rounded off the win in the 88th with his team-high 12th goal of the season.

Atlético’s first away win in the league since late November came after an embarrassing home loss to bottom side Levante. The win in Pamplona saw Atlético move ahead of Barcelona into fourth place.

Man United – and former nemesis Cristiano Ronaldo – is the next test for Atlético when it visits Wanda Metropolitano Stadium on Wednesday in the Champions League round-of-16 first leg.

Diego Simeone’s Atlético needed a convincing win after its worst run of results since the Argentine coach took over the club and turned it into a winner a decade ago. Beyond the goals, Atlético finally showed the same defense that Simeone has made the foundation of its success by keeping its first clean sheet in eight games.

The 22-year-old Félix made his 100th appearance in all competitions for Atlético.