Bruno Lage believes he cannot think about guiding Wolves to the Champions League, since his first focus must be on his own job security.

Wolves have an outside chance of breaking into the top four under Bruno Lage this season. After their form dipped under Nuno Espirito Santo last season, the new boss has had quite the impact.

Going into Thursday’s trip to face Arsenal, Wolves are six points away from fourth place with two games in hand over Manchester United. That said, their next opponents are above them and have an extra game to go as well.

But to be in contention is a major sign of progress. Fourth spot still seems to be up for grabs and it would be an impressive feat for Wolves to reach it.

However, Lage knows any manager is only ever a couple of bad results away from being sacked. Therefore, the former Benfica boss is not getting carried away just yet.

He said: “I will tell you why – because you can be fired the next day.

“How many managers come, play four or five games in Premier League and they get sacked? You have contract and you can be fired the next day.

“It is our life. Even if you are dreaming about some things you want to do in your life, you need to go with solid things.

“I want to play in the UEFA Cup and the Champions League with Wolves in each year. But what I know is I go and try to win the next game.

“Because our life can change, just like this. Look for example at Nuno, he was here with fantastic work, went to Tottenham, was manager of the month – then what happened the next month?

“Look at me what happened in Benfica; manager of the year, manager of the month in January, February, March and April then after I lose a couple of games, I was sacked.

“That is why every time I have my car keys in my pocket, so I just put my bags in my car and go.” 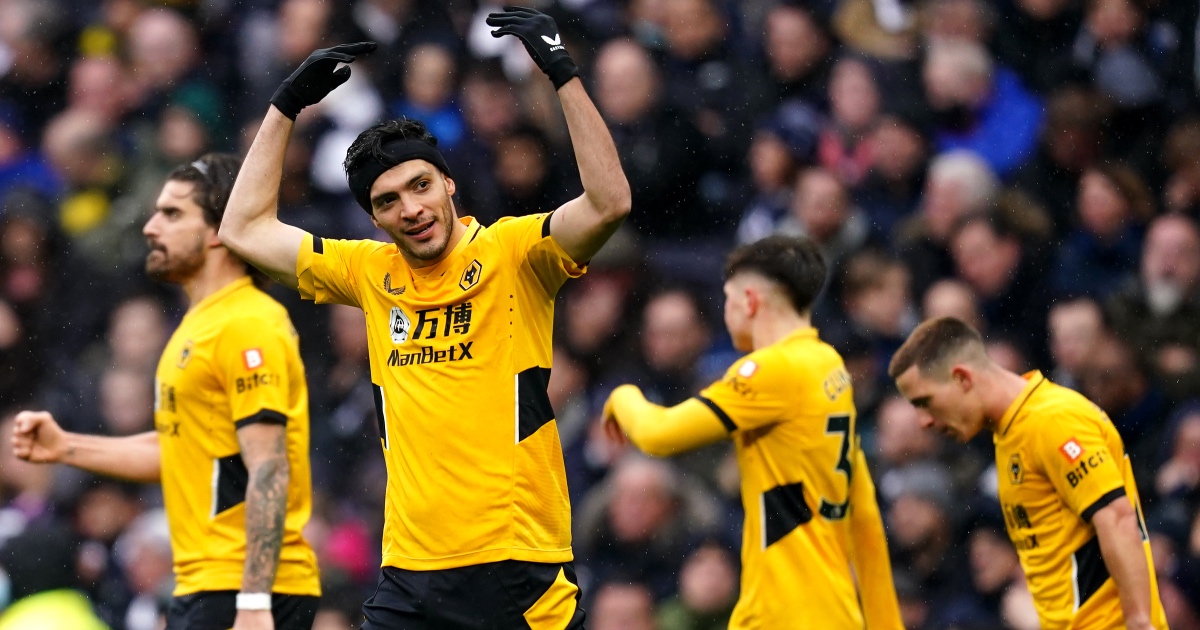 As for his players, though, Lage thinks it is a good thing if they are thinking about playing in Europe’s top continental competition.

He added: “I want my players to have to have their own vision, especially for the careers.

“So don’t waste your time. Every time to try to improve and to do things for your career and for your club.

“If I heard them talking about that (playing in the Champions League), it is good because that is their ambition, their work and they need to have that character.

“We need to continue to work to improve. But every time we talk it is (about) one game at a time – and for now, it is Arsenal, an important game for us and them.”

Wolves will be meeting Arsenal for the second time in February on Thursday. The reverse fixture was a 1-0 defeat to the 10-man Gunners.

Some in the Wolves camp complained at the nature of Arsenal’s celebrations after. However, Lage wants to draw a line under the issue.

He said: “It is not about revenge.

“After the game finished, it is shake hands, congratulations to them because they won and move on. That is the mentality.

“They did what they did, they hold on for 30 minutes with 10 men, they closed their goal and they celebrated, like us. If I was in their place, I would do the same.”

Another side note of this game is the return of Raul Jimenez to the Emirates Stadium. It will be the first time the Wolves striker has played at the venue since fracturing his skull against Arsenal in November 2020.

He has been making positive strides on the pitch since returning, which Lage is happy to see.

The manager said: “The work the club did with Raul was fantastic. Every time people were around him to prepare him the best way for (a return to) training.

“To be honest, I never talk with Raul about what happened on the pitch. But the most important thing is the character these guys have.”