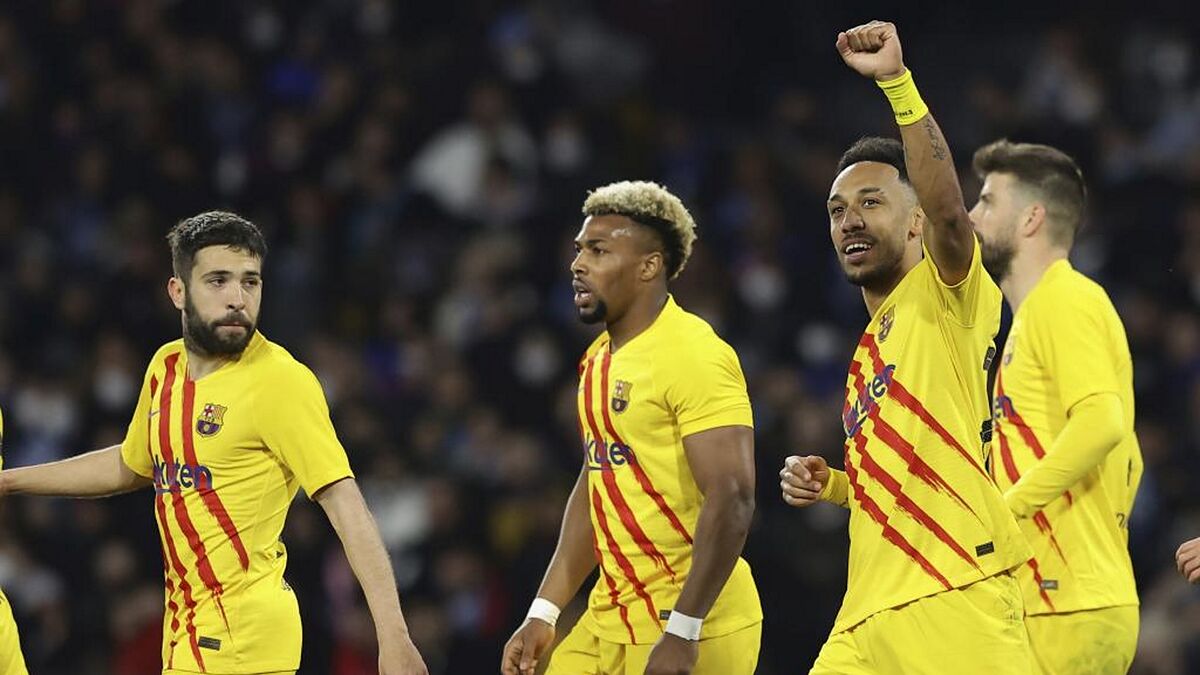 The January signings seem to have improved Barcelona‘s attack, as the Blaugrana have managed to net as many as 14 goals in their games against Atletico Madrid, Espanyol, Valencia and Napoli. However, Xavi Hernandez‘s side are now set to face one of the best defences in LaLiga Santander, as Barcelona are hosting Athletic Club at the Camp Nou on Sunday.

Marcelino‘s team boast the third best defence in the league, with just 21 goals conceded, behind Sevilla (17) and Real Madrid (20). Meanwhile, only one team have allowed fewer goals on the road that the Basques’ eight.

Xavi is happy with his January additions

Part of the reason for Barcelona‘s improvement in attack is the fact that they signed some new players in January, with Xavi happy so far.

“[Pierre-Emerick] Aubameyang hasn’t surprised me because he has [scored] goals throughout his career, but he has [surprised me with his] work,” Xavi said ahead of the duel with Athletic.

“Adama Traore has surprised me in terms of] decision-making and how he’s matured. Ferran Torres seems like a footballer from another level. I asked for him and he’s a spectacular player, world class level. Perhaps he is the one that has surprised me the most.”

Athletic’s struggles at the Camp Nou

The Basques haven’t managed to secure a clean sheet at the Camp Nou since the 1984/85 season, when the two teams faced each other in a game that ended in a goalless draw.

Barcelona have not lost any of their last 17 games against Athletic on home soil, registering 16 wins and just one draw.