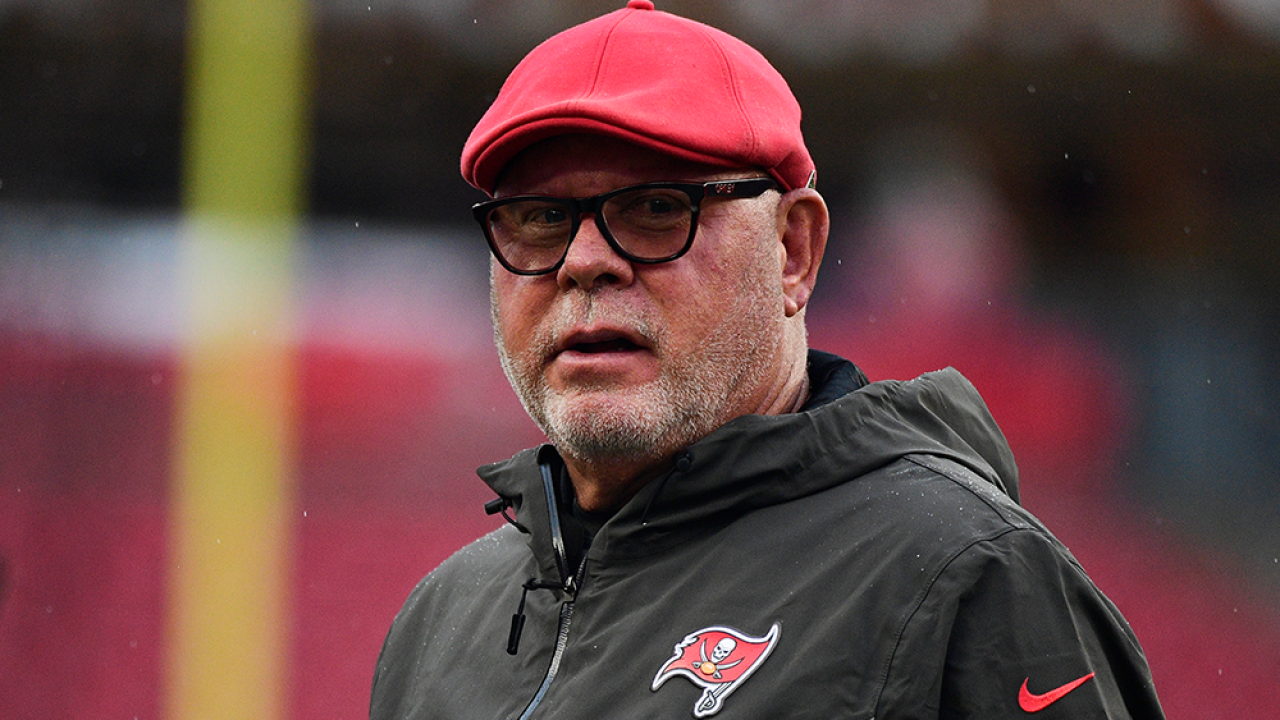 Tampa Bay Buccaneers coach Bruce Arians has ruled out a trade as a viable means of replacing Tom Brady.

However Bruce Arians, perhaps understandably, doesn’t yet seem to have a clear idea how the franchise will find a new quarterback.

He confirmed that last years’ second-round draft pick Kyle Trask will get a chance to compete for the role. As well as that, they have backup Blaine Gabbert. That still leaves them short one or two quarterbacks, though.

“Trades are just out of the question, I think. You have to have a partner,” Bruce Arians said.

“These guys aren’t just willing to go, ‘Hey, you want my guy?’ Who’s behind door No. 2 for them? I don’t see very many of these guys getting traded. There might be one, max two, of guys we think could take us to the Super Bowl.

“I’m really, really impressed with the way he improved the things he needed to when he was running the scout team, his presence in the pocket, movement in the pocket — all those things on and off the field that Tom taught him, leaning out, getting a little quicker — he can throw it. Now it’s a matter of, ‘Does he turn it over?’ If it’s Blaine, does he turn it over?”

However, he doesn’t seem so sure about this considering he left the door open for Tom Brady to return.

“Every time I met with him, he felt fantastic,” Arians said. “I kept asking him, ‘How you feel? How you feel?’ He said, ‘It’s the best I felt in 10 years.’ After Week 16, the way he was playing, I had myself convinced he was coming back. Then when we talked, I understood everything about it.

“He slammed the door shut when I talked to him,” he said. “I think like a lot of these guys, he likes to have his name out there.