Leicester’s first league win of 2022 might be the catalyst for a revival of sorts. It was defined by excellent play from James Maddison and Jamie Vardy, a combination that has stuttered this season but – at its best- can be devastating on the break. If they can take off as they did against Burnley, then they should be able to combine effectively against this wide-open Leeds team.

Jesse Marsch will look to change things at Leeds, dialling down some of the more extreme aspects of the Marcelo Bielsa era. Most notably he will not press quite so aggressively and will abandon the man-to-man system, although he is from the German school of pressing and attacking transitions, making him a good natural successor at Elland Road.

It should work in time, but so soon after his arrival the dramatic deprogramming of Bielsa’s system should lead to some confusion. Caught between pressing styles, and hesitating between the old and the new, there will be spaces in which Maddison and Vardy can drive Leicester to victory.

We all know how the pattern of this one will go. David Moyes’ side are very good at remain deep, narrow, and compact when playing the bigger clubs, and West Ham will be happy to concede possession and territory in the hopes of frustrating Liverpool before hitting them on the counter-attack. However, an injury to Thiago throws things off somewhat.

Liverpool have far less control when Thiago isn’t there to keep things moving and play elegant passes under pressure; as an indication of his influence, they have won all 12 games in which Thiago has started this season. When the Spaniard is absent Jurgen Klopp’s team are vulnerable in the transition, and with Declan Rice carrying the ball through midfield this might be a surprisingly end-to-end game.

The hosts remain favourites, however, not least because Moyes is forced to use his third-choice right-back at the moment, Ben Johnson. It is likely that the 22-year-old will struggle to deal with Sadio Mane on that side, pointing to a narrow win for Liverpool. 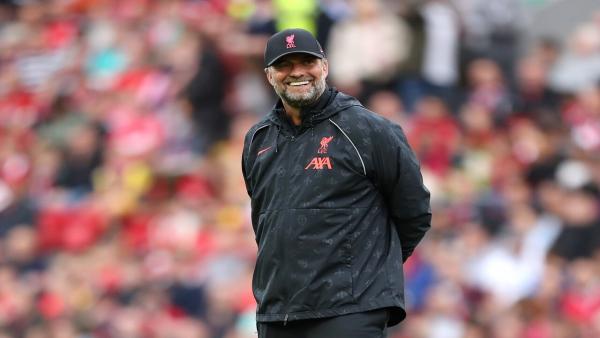 Antonio Conte’s Tottenham showed us how to beat Manchester City, while Everton’s aggressive display last weekend proved that Man City’s lack of a goalscorer has led to a slowdown in their creative force. Once again on Sunday, Pep Guardiola’s side might lack an edge, handing Ralf Rangnick the chance of a statement win in his first ‘Big Six’ game as Man Utd manager.

He has the players to follow Spurs’ approach. Defensively, Rangnick will be happy to shuffle across in a cautious midblock that refuses to press the City centre-backs, in turn forcing the hosts to play harmlessly into the wings. After all, Man Utd’s pressing numbers have not improved at all since Ole Gunnar Solskjaer’s departure.

Going forward, Bruno Fernandes will look to create in the spaces around the over-worked Rodri, just as Harry Kane famously managed to do, while the runs of Jadon Sancho and Marcus Rashford can get them in behind City’s high line. It was a tactic that worked well in the 1-1 draw with Southampton, when United recorded their highest xG of the season (2.99), and with a bit of luck it will deny Man City the win this weekend.

It is no coincidence that Everton’s best performance under Lampard so far came when forced onto the back foot, which ensured there was greater defensive caution than we are used to seeing in his wide-open formations. In previous games Everton had looked familiarly vulnerable through central midfield. It is also no coincidence that their best perfomance coincided with Abdoulaye Doucoure’s return from injury.

Lampard will surely continue with a three-man midfield (essential, given his tactical weaknesses) and Doucoure at the heart of it for the trip to Spurs on Monday night. Doucoure’s ability to break up play will be vital in dealing with Conte’s counters, primarily because the hosts’ willingness to concede possession and territory may draw out the worst in Everton.

Allowed to play how Lampard would like, Everton may find themselves too high and too exposed to deal with the in-form Harry Kane and Heung-Min Son as they combine on the counter-attack. The pattern for Conte is becoming clear: when allowed to play on the break they excel, but when invited to break down the opposition they falter, hence the defeat to Middlesbrough in midweek. Everton will give Conte the game he wants.