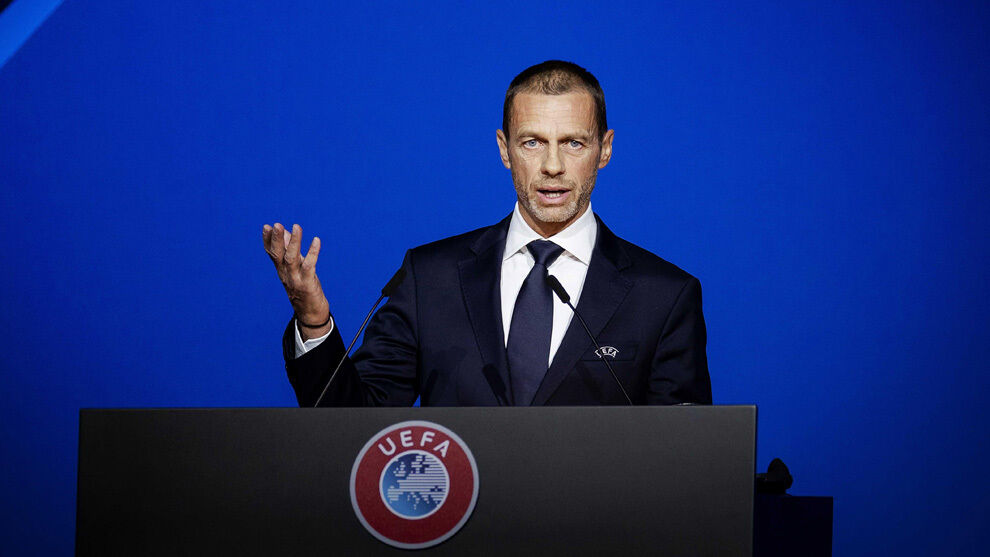 Aleksander Ceferin has launched another stinging criticism of the European Super League, with the UEFA president warning the clubs planning to revive it that doing so would see them excluded from the Champions League.

Real Madrid, Barcelona and Juventus are reportedly plotting to resurrect the project, and Ceferin made his feelings clear at the Financial Times Business of Football Summit in London.

“I have to say that those speaking about the Super League are not speaking about football. I am sick and tired of this non-football project,” he said.

“Do I have to speak more about these people? They obviously live in a parallel world.”

Juventus president Andrea Agnelli was in attendance at the event in London, and Ceferin went on to take aim at him directly for his role in the launch of the Super League project.

“They criticised UEFA and the ECA [European Club Association]… one of them was chairman of the ECA,” he said.

“I have quotes from where [Agnelli] was praising the system a week before they launched the Super League.”

Ceferin went on to make clear to the three clubs of the consequences of reviving the Super League.

“They can play their own competition, nobody forbids them,” he said.

“But if they play their own competition, they can’t play in our competition.”