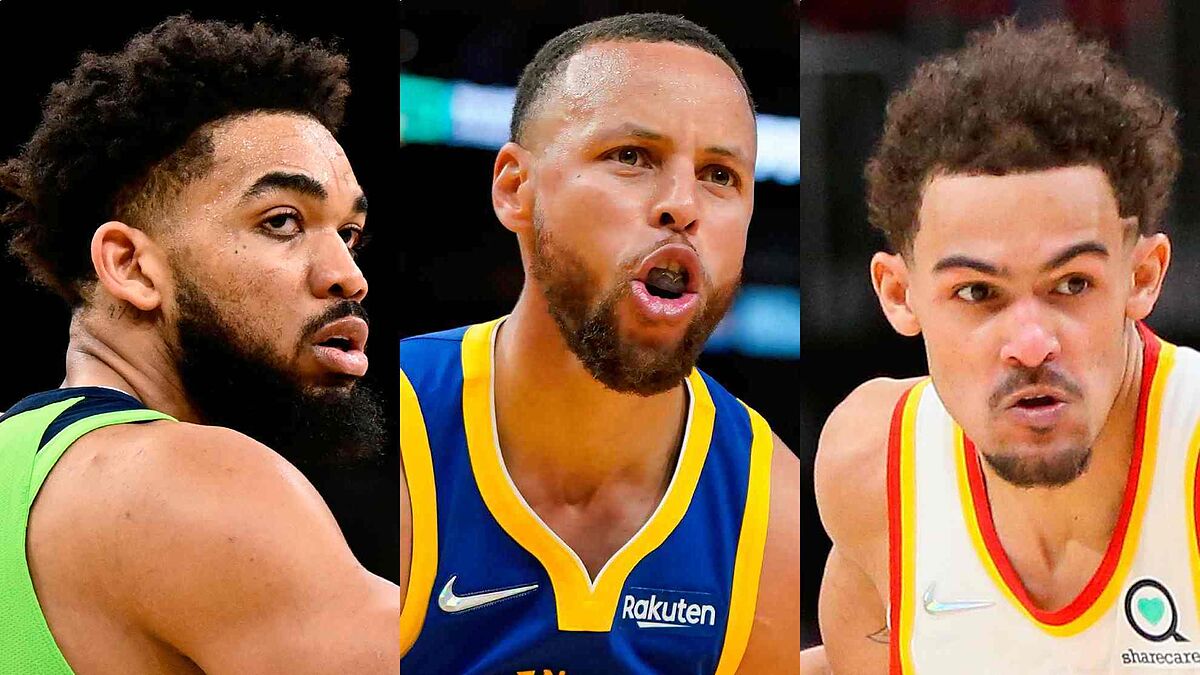 It is clear to those of us who love NBA basketball that any night during the season, in any game, no matter how little media or insignificant in the lead-up, magic and unique moments can present themselves, however, what they did last Monday, March 14, 2022 between Karl-Anthony Towns of the Minnesota Timberwolves, Stephen Curry of the Golden State Warriors and Trae Young of the Atlanta Hawks is literally unique and, perhaps, unrepeatable.

For the first time in the 75-year history of the NBA, three players on the same day in different games scored at least 46 points with Towns leading the way with 60 points in the win against the San Antonio Spurs, Curry’s 47 to take the win against the Washington Wizards and Young’s 46 for a spectacular comeback against the Portland Trail Blazers.

The Dominican KAT scored the most points so far this season, also the most in Timberwolves franchise history, and the 32 points he scored in the third quarter is the fifth-best in NBA history.

The three-point contest winner was the first center to score at least 60 points since Shaquille O’Neal did it in 2000.

For the case of the famous “Chef” it was the return to the level of the beginning of the season and he did it on his 34th birthday, it was the fourth best scoring performance of any player in the 75 years of the NBA on his birthday, only below Shaq’s 61 in the aforementioned 2000 game, Dominique Wilkins’ 53 in 1986, LeBron James’ 48 in 2009.

In addition to the aforementioned satisfaction at the time of blowing out the candles on the cake, Curry was also able to see his friend Draymond Green back on the court after a 29-game absence due to a lower back injury.

For Trae Young it was also something never seen before, as the previous Sunday he had scored 47 points in beating the Indiana Pacers, becoming the first player in history to score at least 40 points on consecutive nights.

Of the 46 points against Portland 21 came in the third period and helped Atlanta come from behind from a 15-point deficit in the second half.