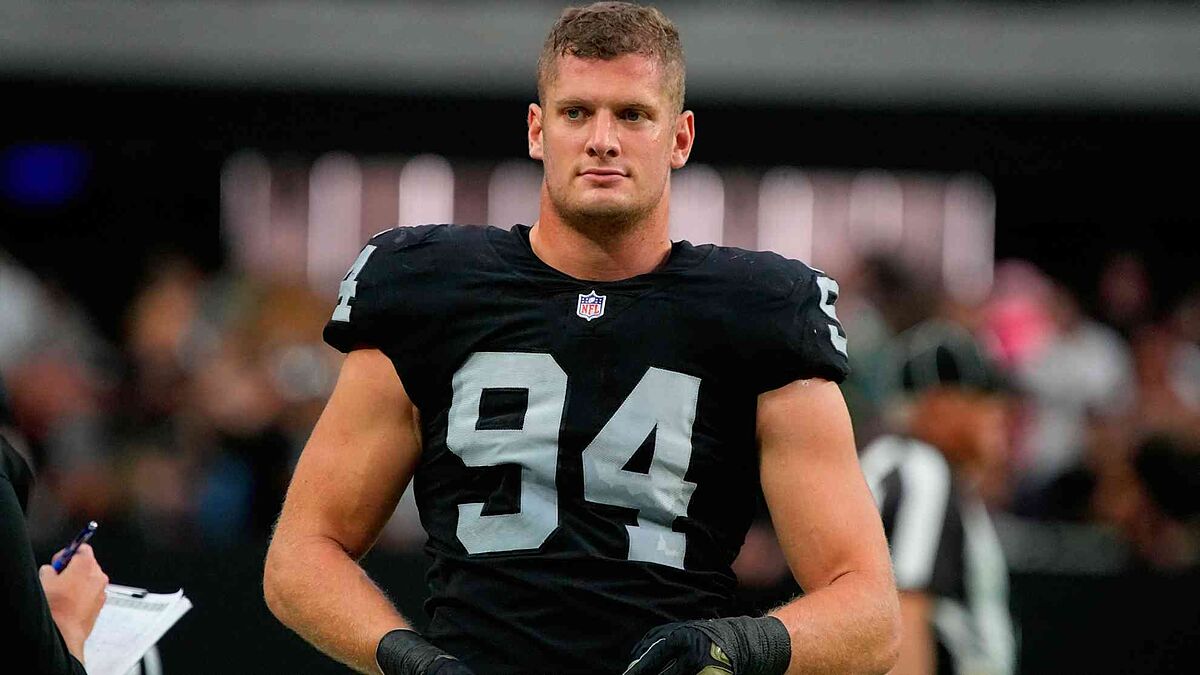 Carl Nassib isn’t exactly the first player to be cut on the opening day of free agency in the NFL, nor is he necessarily the most noteworthy athletically on a day when there have been multiple transactions from all 32 NFL teams, however, the Las Vegas Raiders defensive wing was the first active player to come out as openly gay and now he’s out of a job.

The Raiders decided to cut Nassib who will now have to see if another team will allow him to continue his career that has already lasted five seasons in the NFL and that without necessarily standing out on the gridiron, he did it off the field.

Nassib declared himself gay in 2021

It should be recalled that Nassib published in June 2021 a video on Instagram in which he shared with users his sexual orientation and did so, he said, with the aim of giving visibility to gay professional athletes in his sport and others.

With this move, Las Vegas saved about $8 million on the salary cap which helped this very day they managed to sign Chandler Jones, who like Nassib is a defensive wing.

In the season that recently ended, the Raiders had to fire head coach Jon Gruden, precisely because he was found to have a series of emails containing homophobic, misogynistic and racist language, which dismayed Nassib at the time.

In place of Gruden and interim Rich Bisaccia, who led the Raiders to the postseason where they were eliminated in the Wild Card Round by the Cincinnati Bengals, Josh McDaniels, who was offensive coordinator of the New England Patriots, arrived for this season.

Before joining the Raiders for two seasons, Nassib played first with the Cleveland Browns and later with the Tampa Bay Buccaneers.