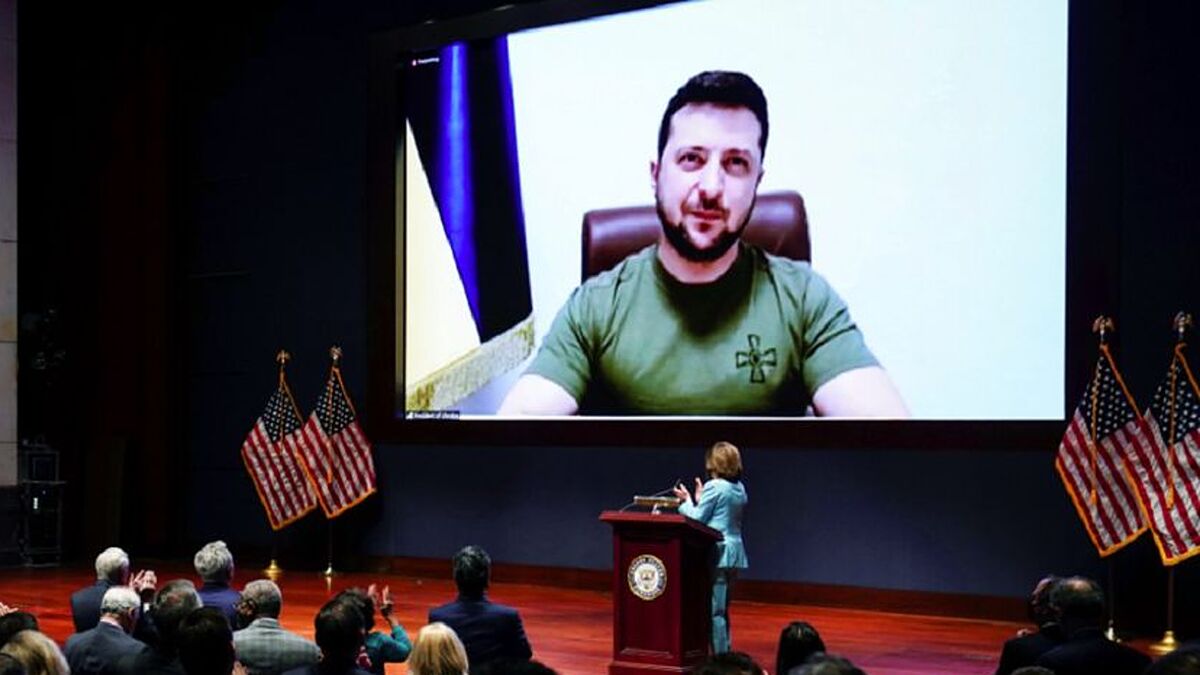 Volodymyr Zelensky, the president of Ukraine, has been seen in various TV appearances since Russia‘s military operation began, wearing military clothing, despite not participating in combat himself.

However, in recent days, he has added a cross to his outfit that has sparked all kinds of speculation.

It was precisely during his speech at the United States Congress in which he imperatively demanded more military aid from the West when this cross symbol was first seen, with some believing it was a Nazi symbol.

Specifically, it was an Iron Cross with the coat of arms of Ukraine in the center, an insignia of the Armed Forces of Ukraine made up of the Ground Forces, the Air Force, the Navy, the Air Assault Forces and the Special Operations Forces.

It is therefore said to not be a nod to any Nazi symbology, even though Adolf Hitler appropriated the Iron Cross when he added a swastika to it in the centre during World War II.

However, Ukraine does have a strong far-right and neo-Nazi influence at the heart of its command, with the Western-funded Azov Battalion and S14 group openly following Nazi ideology.