Two deflected goals and a superb Bernardo Silva strike gave Manchester City a 3-0 victory over Brighton and moved them back to the top of the table.

After a goalless first half, Riyad Mahrez opened the scoring with a scrappy effort. And Phil Foden’s defected shot settled any nerves before Silva’s wonder strike. The result threw down the gauntlet to Liverpool once more as the epic title race continues.

City boss Pep Guardiola made six changes to the side that lost 3-2 to Liverpool in the FA Cup semi-final. Kevin de Bruyne, Rodri, Ilkay Gundogan, Riyad Mahrez and Aymeric Laporte were back in the starting XI while Ederson replaced Zack Steffen in goal.

Graham Potter changed two from the 1-0 win at Tottenham. Yves Bissouma missed out as he serves the first of a two-game ban, with Solly March given the nod.

And the man who scored against Spurs, Leandro Trossard, was replaced by Danny Welbeck.

City knew they had to respond after Liverpool’s commanding 4-0 triumph over Manchester United on Tuesday knocked them off top spot.

And they started brightly at the Etihad, with Mahrez firing just wide from 18 yards out in the second minute. The Algerian seemed odds on to score soon afterwards following a mistake by Seagulls keeper Robert Sanchez.

The Spaniard’s clearance fell straight to the City forward but he delayed his shot slightly too long allowing Moises Caicedo to challenge.

The hosts continued to dominate possession but found it tough to penetrate a disciplined Brighton rearguard. De Bruyne almost broke the deadlock on 26 minutes with a low drive that flew just inches wide of the target.

And the Belgian was at it again three minutes later, forcing Sanchez into a decent save with a curling effort. There was frustration as the half-time whistle sounded after 45 minutes of possession but a lack of threat on goal.

Ruben Dias replaced Nathan Ake for the second half after the Netherlands international picked up a knock in the first period. It was the Portugal star’s first outing for seven weeks following injury.

And it was not long before the home side were in front through Mahrez. It was a classic counterattack, with De Bruyne racing 60 yards with the ball before playing in his team-mate.

The finish was not a thing of beauty, with a defelction, but the 52nd-minute effort put City back on top of the table.

The relief inside the Etihad was tangible but Brighton responded with a chance of their own. However, Welbeck’s header was dealt with by Ederson.

But any fears that City might wobble and let the opposition back in were allayed when Foden added the second on 65 minutes. 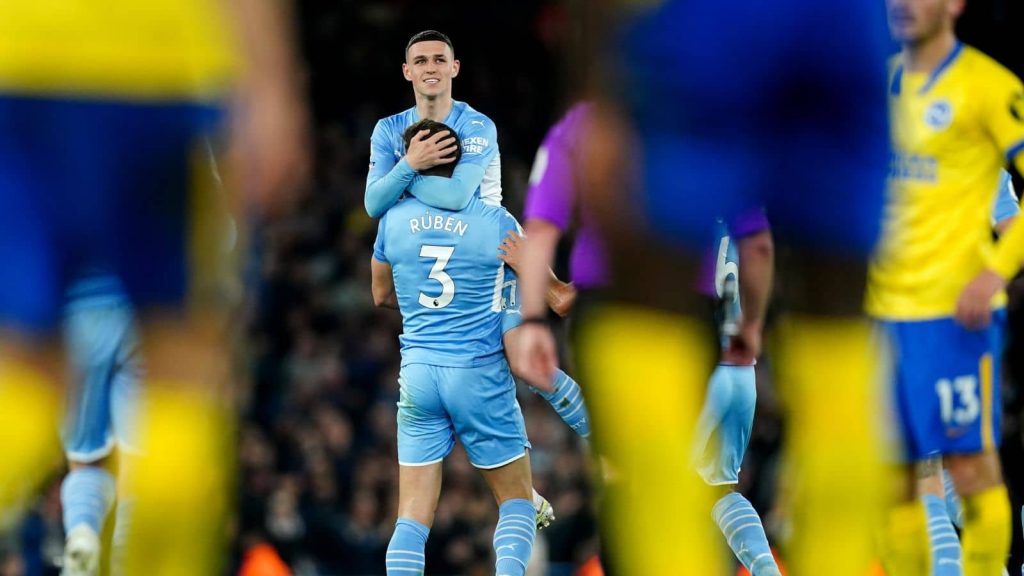 Mahrez picked out the England ace from a corner. The 21-year-old tried his luck from outside the box and his long-range effort took a huge defection off Enock Mwepu to wrong-foot Sanchez.

There was nothing the Seagulls keeper could do as City strengthened their grip at the summit.

There may have been touch of fortune about the first two goals but not about the third. De Bruyne’s clever pass found Silva whose curling effort into the corner gave Sanchez no chance.

See also  Mbappe and Luis Campos: Both turn down Real Madrid to partner up at PSG

It could be argued that City were not at their best against a well-drilled Brighton side. They needed a touch of fortune to get the result but the fans inside the ground could not care less.

The post Silva strike and a touch of fortune see Man City past Brighton and back on top appeared first on TEAMtalk.