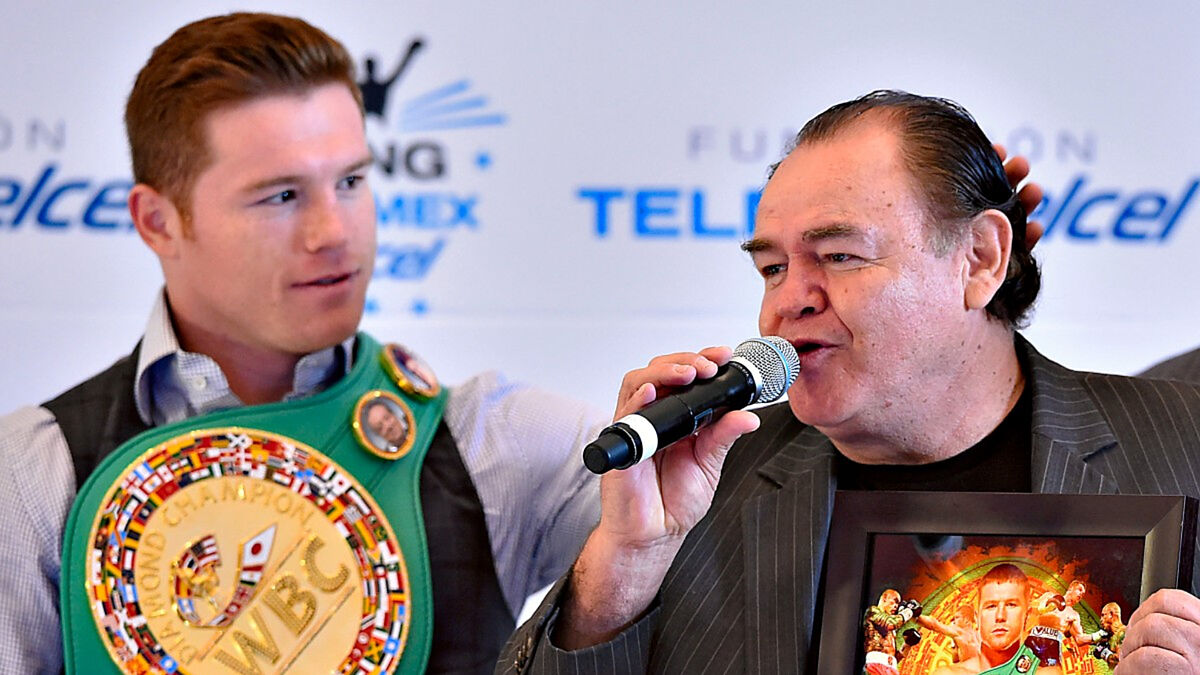 The name Reynoso has been heard a lot in world boxing in recent years, Edison Reynoso, Eddy, has been named twice as the best trainer of the year on different occasions and by various organizations, but it all started many years ago, in the 70s and 80s, with a man who was a butcher and jumped into boxing at the Arena Coliseo in Guadalajara, Jalisco, Mexico: Jose Reynoso.

Jose Reynoso, better known as Chepo and Eddy’s father, was the man who discovered Santos Saul Alvarez Barragan, El Canelo, who is today the best pound-for-pound fighter in world boxing. Chepo took the 12-year-old red-haired boy by the hand and taught him how to box, since then and until today, the Reynoso’s and Canelo have been in many battles together.

Chepo and Canelo suffered together, sweated blood, shed tears and laughed, raised world championships, but the hardest fight they had below the ring, against an invisible rival, without weight, who was not fast, but deadly; the COVID-19 virus.

The disease took over Chepo, knocked him down, put him on the canvas, but did not defeat him

“I was very ill, I was on oxygen for six days, I couldn’t breathe well. The after-effects were diabetes and high blood pressure, several after-effects. The doctors recommended me to lead a calmer life, it was the reason why I have not gone to the camps for 10 to 12 weeks each camp, and the truth is that with these after-effects sometimes I feel good, other times I feel very bad. But I have been improving, I didn’t come because I was afraid of getting sick, imagine, I get sick in the concentration and who do they attend to, the champion who is getting ready to fight or me who is getting ready not to die. But I’m fine now, that’s why I came here a few weeks ago for the fight against Bivol. I’ve been more involved, very excited for everything that’s coming now,” Reynoso said Marca USA.

See also  Real Madrid vs PSG: The kings of Europe against a state

Reynoso was very sick, he thought the virus would defeat him, but he fought to the end, and as he says in his gym: “the worst thing that can happen to you is that you don’t care if you lose”, but for Chepo, losing the battle for his life was never in his mind.

“It was very ugly, six days with oxygen, it was when many people were dying, they said: ‘they have so many dead, they already intubated so and so’. I told my family, if something happens to me, don’t tube me, if I don’t get over the disease like that, I don’t want to be tubed, I saw them being tubed and the next day they woke up dead. I said no, but fortunately we made it through. And look, today I am 69 years old and I feel strong, I thank God because I was able to beat Covid”.

“Canelo was always with me, always looking out for me, he called to me every day to ask how I was doing. How you doing? What does you need?’ He was always there for me, he never left me”.

Reynoso assures that Canelo does not get nervous before fights, and that Bivol’s height and weight will not be a problem for Alvarez.

“Canelo is very motivated, he’s a guy that since he started boxing, his whole career has been a person of challenges, he likes to take on challenges and overcome them. That’s why he has been growing, that’s why he is considered the best pound for pound. It is the result of work, of many hours, days, months and years. He works in a responsible way. Where he is today is because he has earned it, he has been responsible, he has been a hard worker and he has done well, because many people work and work, but they don’t do things well. Canelo does well and that’s why he is where he is.”

“Canelo has always fought tall opponents, he settles in well, he is very intelligent, he is very talented, he knows how to get into the guard of his enemies, it’s all a matter of him settling in, besides he is already a very mature boy who is no longer unfocused or nervous, on the contrary, he is very confident in his boxing and his qualities, that is what has brought him forward and what will bring him forward in this fight.”

For Reynoso, there was a before and after Canelo, after losing his unbeaten record against Floyd Mayweather Jr.

“He has fought many difficult, complicated opponents. I don’t think you can’t compare, each one brings his own complications and causes problems. Saul has improved a lot since Mayweather Jr. nine years ago, he is another fighter and I tell you he is very focused. It’s going to be the best fight on Saturday.”

Reynoso knows that Bivol will not be an easy opponent, but he is sure that his pupil will come out with his hand up and give one more joy to the Mexican people.

“We are going to celebrate shouting Viva Mexico and let the people in Mexico celebrate one more win for Saul and one more challenge beaten,” he told Marca USA.