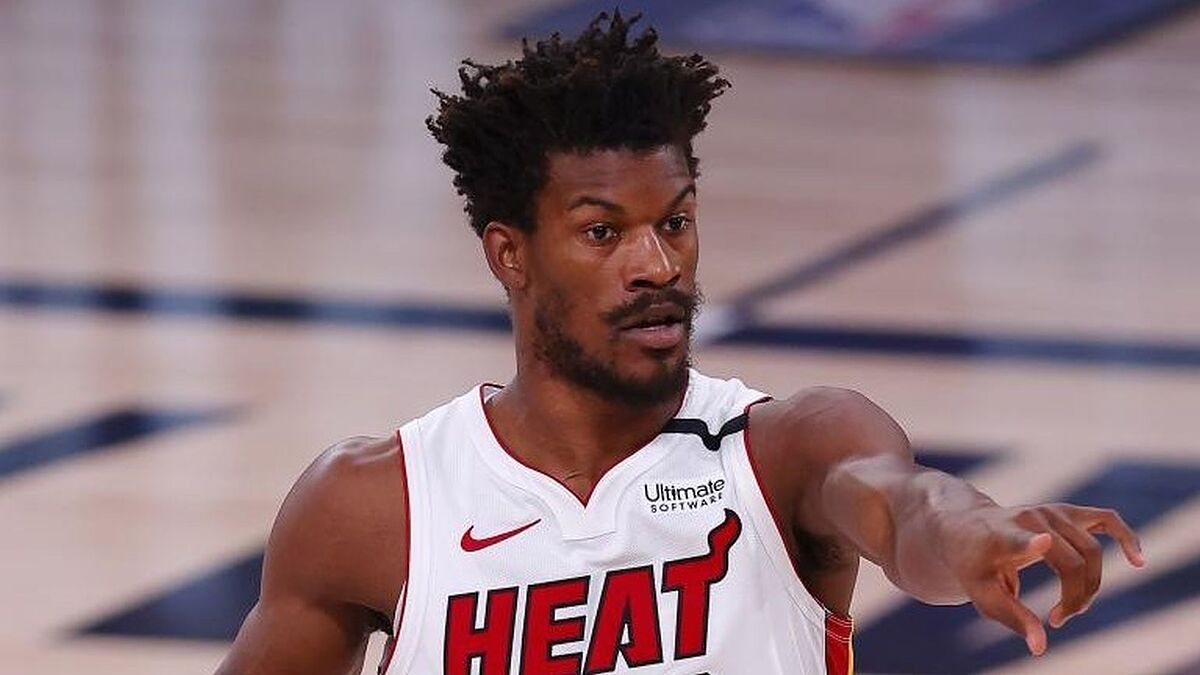 The Miami Heat are targeting a return to the NBA Finals and are leaning on star man Jimmy Butler to take them there. The 32-year-old is averaging 27 points per game in the playoffs so far this season and is earning every cent of his mega contract.

Here, we’ll break down exactly how much Jimmy Butler is earning at the Miami Heat and what his net worth is after 11 seasons in the NBA.

How much does Jimmy Butler earn per season?

Jimmy Butler is now into his third season at the Miami Heat, where he is the franchise’s top earner with a salary of 36m dollars for the 2021/22 campaign.

With 82 games in the regular season, that works out at around 400,000 dollars per game.

That puts the former Marquette University player 12th in the overall list of NBA player salaries for the 2021/22 season, still some way behind the 45.7m dollars of the Golden State Warriors’ Stephen Curry.

It is believed that Jimmy Butler‘s net worth, from his playing contracts and sponsorship deals, is currently around 60m dollars.

He has put his wealth to good use over the years, regularly donating to charitable projects.

Over his career, the star basketball player has worked with many different brands and has most recently collaborated with Aquahydrate, Beats By Dre, Bonobos, Five Four and Hyperice.

He also founded a brand called Big Face Coffee, famously selling quality coffee to his fellow pros in the 2022 NBA bubble. He claimed, at the time, that he had made up to 6,000 dollars from that endeavour.

“My plan didn’t work out like it was supposed to, but I was getting 20 dollars a cup, so I can’t complain,” he said.

“I really thought that I could dive into being a coffee connoisseur and one day open up my own coffee shop.

“So I learned how to run a business out of a hotel room, and how to make all the different types of coffee.”