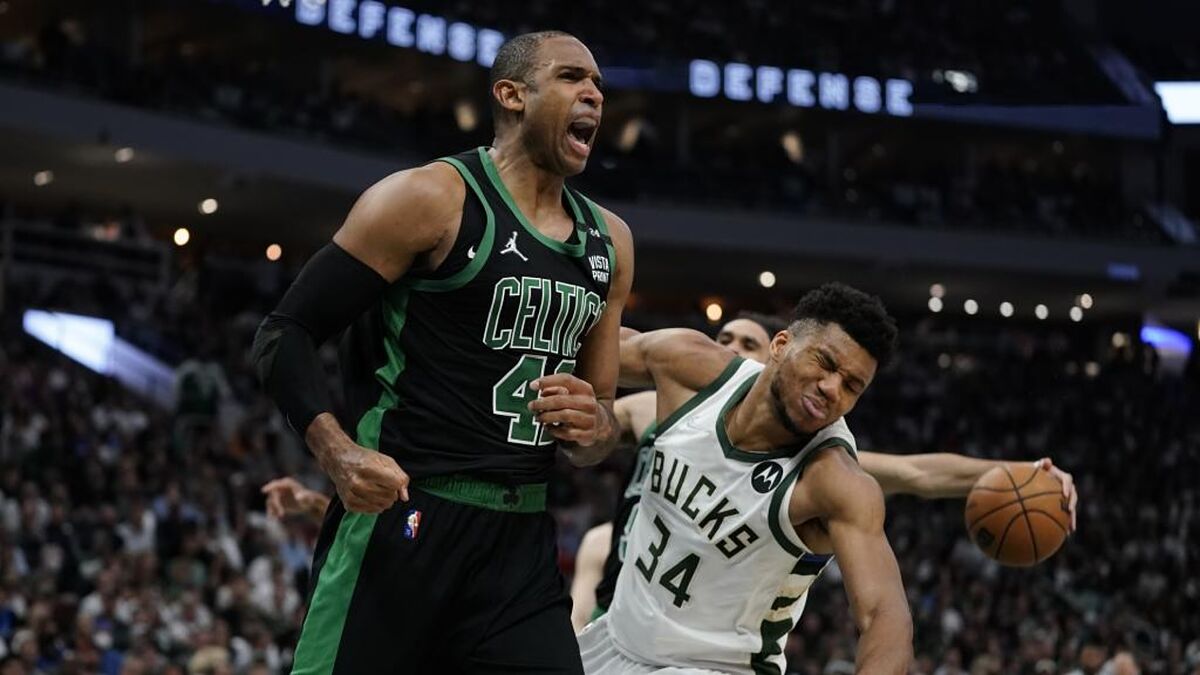 Al Horford (30 points, eight rebounds, three assists) was instrumental in keeping the Boston Celtics‘ playoff hopes alive in an evenly matched series against the Milwaukee Bucks. And at the toughest venue yet, Fiserv Forum, the home of the champions.

With the score 48-54 in favour of Milwaukee, Giannis Antetokounmpo and the Dominican center exchanged glances after a dunk by the two-time MVP.

In the last four he put down a running dunk over the Greek Freak to tie the score at 80-80, with five minutes to go he posted up Brook Lopez to open up a three-point lead, and he sealed it with a three-pointer. Five points in 40 seconds to send the series to a fifth game at TD Garden, with the series level at 2-2.

Horford was a constant threat throughout the game. He became the first player in history aged 35 or over to get more than 30+8+3 and 75% shooting from the field. He energised the game with his effectiveness and scoring, the best performance of his career.

From forgotten man to key man

Horford‘s story was set to be a typical one of a great player who lost his last years with more pain than glory. After being historic in Atlanta, he was bounced from the Philadelphia 76ers because of his bad connection on the court with Joel Embiid.

Then, last summer a trade was made that saw Kemba Walker head to the Oklahoma City Thunder, with Horford returning to Boston the other way.

So, the Celtics are still walking the line, but Horford is a sure success. A championship storyline, a veteran turned star. A well-deserved last dance after coming out of the doldrums. From forgotten to unforgettable.