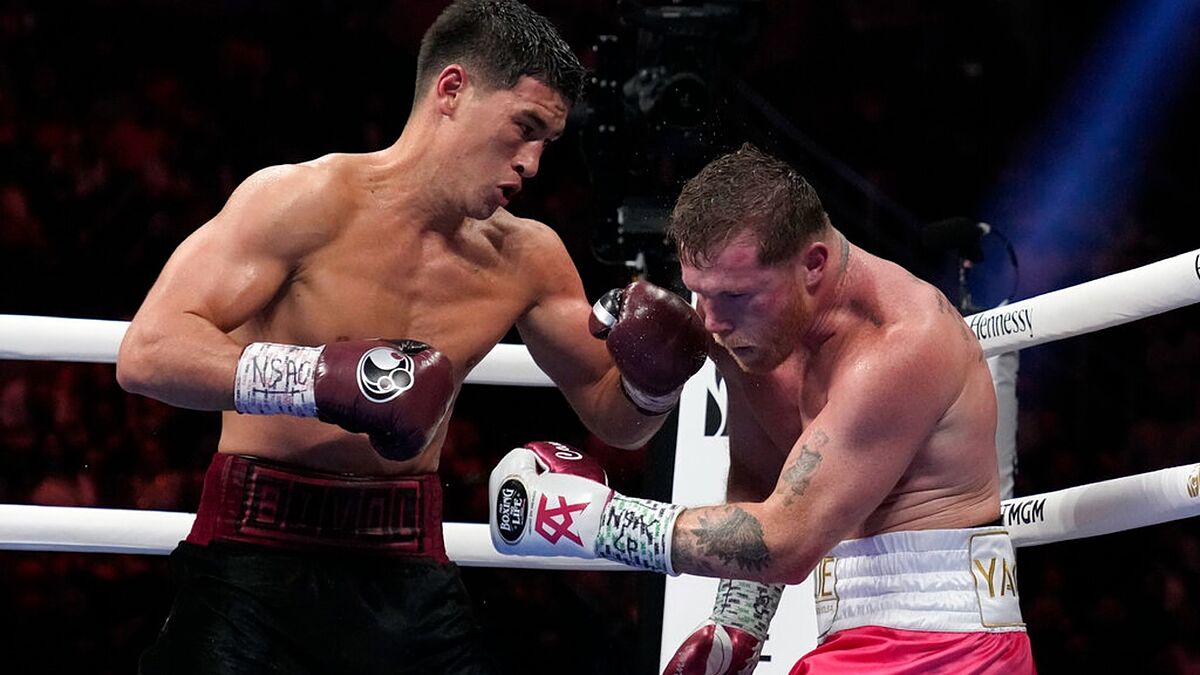 After Dmitry Bivol’s victory over Mexican Saul Canelo Alvarez on Saturday, one of the Russian boxer’s trainers said that a rematch between the two could be counterproductive for the Mexican.

According to Joel Diaz, Bivol could cause great damage to the tapatío if he gets back in the ring with him.

“If there is a rematch, Bivol will do much more damage to Canelo. There are a lot of combinations he didn’t do and could have thrown. If he fights Canelo again, it will be much easier than Bivol because he will find a way to be able to hurt him harder,” Diaz explained, in an interview with the YouTube channel, Behind The Gloves.

The trainer considered that, against the Russian, Alvarez paid the price of moving up to semi-complete weight, something that didn’t help him.

“Simply put, the weight difference was going to tire him out. Although Canelo’s punches are powerful, it’s different with a semi-complete. Maybe the jump to light heavyweight was not what he expected, Bivol is a bigger fighter and in the division the fighters hold much more,” the trainer detailed.

Likewise, he indicated that at some point they thought the fight could end in a draw.

“We thought that if we won by decision they were going to call it a draw, but the judges, just like me, saw Bivol winning,” said the trainer in an interview with ESPN Knockout.

The trainer acknowledged the happiness after beating the best boxer in recent years, who was undoubtedly the favorite on Saturday night.

“We are very happy and we feel perfect because we beat the best fighter of the era. I always said to expect the unexpected. I told them I knew his punches weren’t going to hurt Bivol as much as many people thought,” he said.