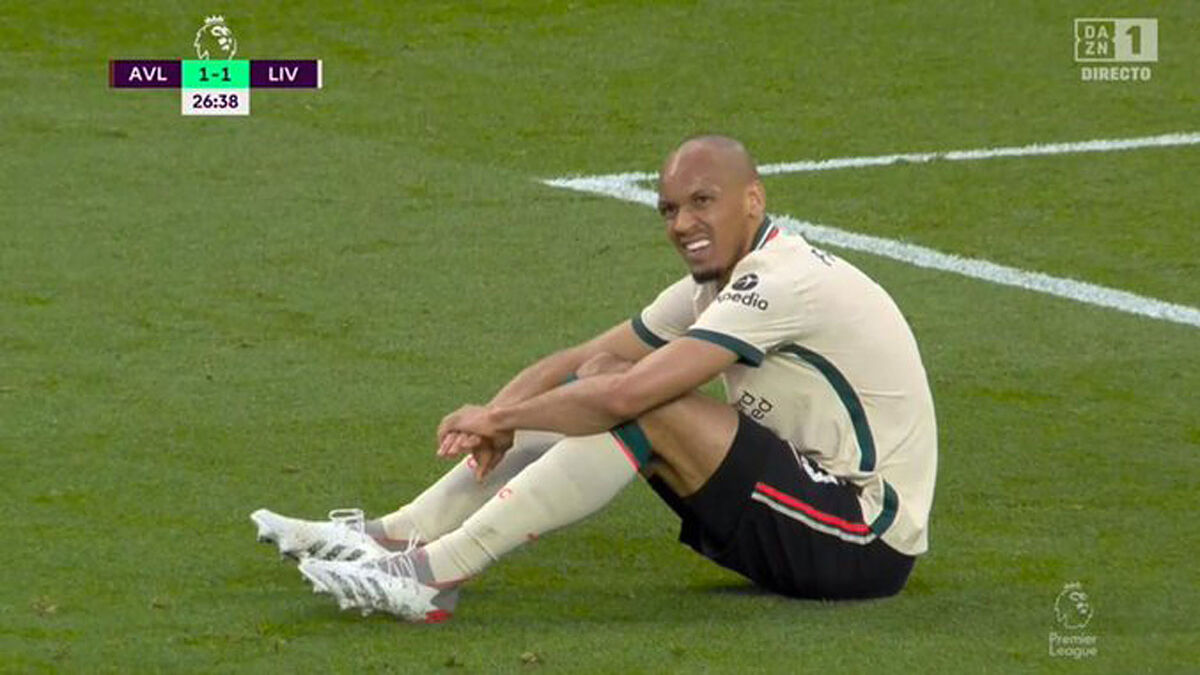 Jurgen Klopp had to replace holding midfielder Fabinho on the half an hour mark of Liverpool’s Premier League game away at Aston Villa on Tuesday night.

The Brazil international touched his hamstrings after misplacing a pass and was subbed off with a muscle issue. His injury comes just four days before Liverpool‘s FA Cup final against Chelsea and 18 days before the Champions League final with Real Madrid.

Fabinho made way for Liverpool captain Jordan Henderson, who started on the bench, as Naby Keita and Curtis Jones were introduced into the starting line-up alongside the Brazil international.