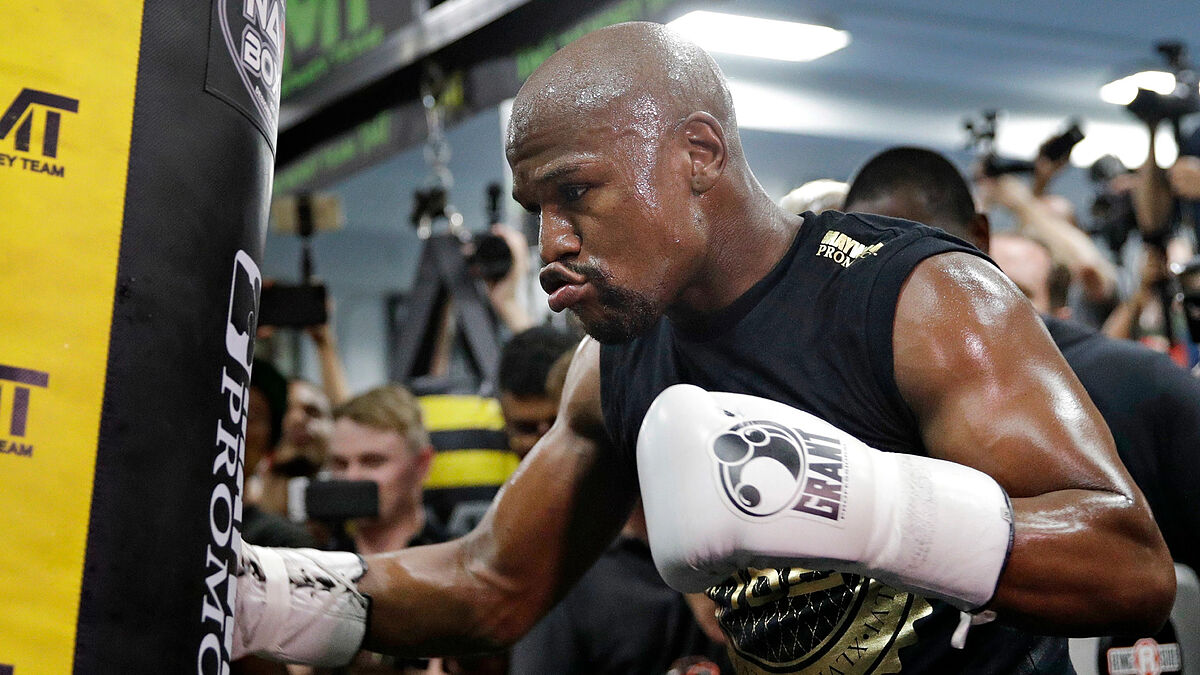 Boxing legend Floyd Mayweather still has a physique to rival current stars of the sport, such as Anthony Joshua and Canelo Alvarez.

Mayweather has not been involved in serious boxing since 2015, when he beat Manny Pacquiao and Andre Berto to retire with a record of 49-0.

He came out of retirement to knock out Conor McGregor two years later so he could boast a 50-0 record, but he admitted that he did not even train at 100 percent for that fight.

It was revealed in 2017 by his personal chef J Santiago when speaking to TMZ that he would start his day with a breakfast of eggs, home fries, grits, pancakes, and some sort of meat such as bacon, turkey sausage or turkey ham.

It is very normal for boxers and any other athletes to let themselves go once they retire, having sacrificed so many years of eating and relaxing.

Mayweather has gone down a different route, though, as he still fights in exhibition bouts to keep his fans entertained.

In fact, he has been keeping himself in peak physical condition, despite now being 45 years old.

He will next be fighting on the helipad on top of the Burj Al Arab hotel in Dubai against Don Moore.

“It’s always been a goal of mine to come to the UAE and put on a show and display my talent for the people in the Middle East,” Mayweather said of the fight.