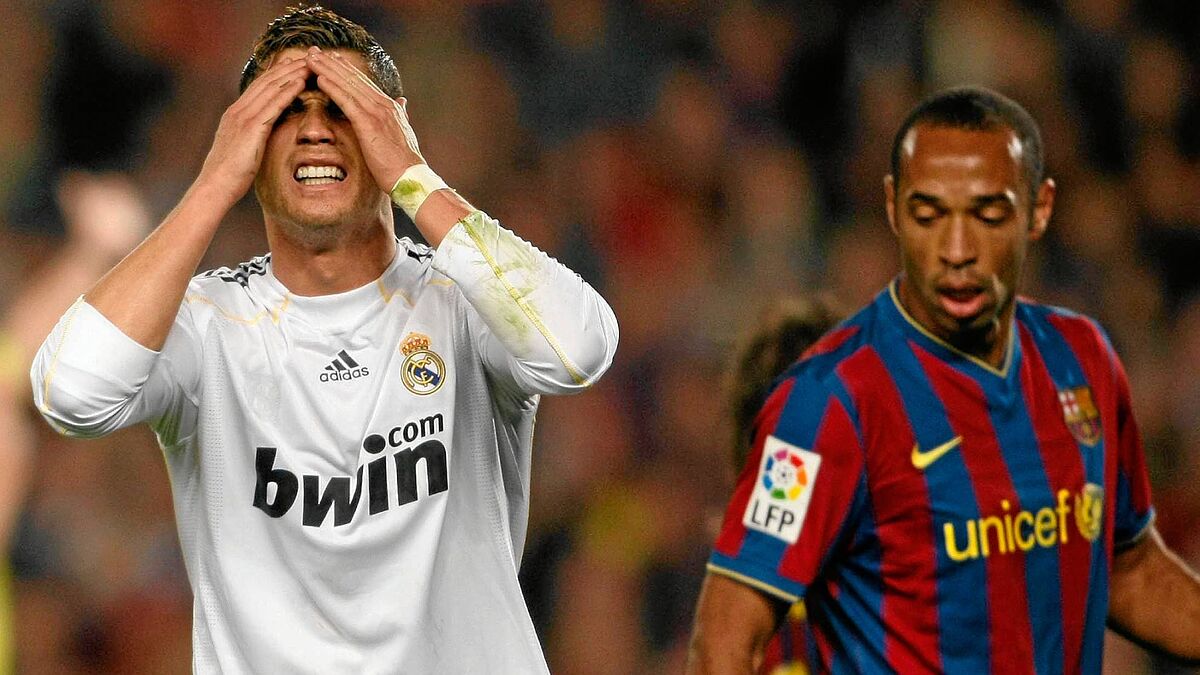 Former Barcelona forward Thierry Henry has made a comparison about the current realities of Real Madrid and the Blaugrana.

Henry made 80 appearances for Barcelona and scored 35 goals for the club between 2007 and 2010, so he understands the divide between the two clubs.

Henry dared to make a prediction about the Champions League final, which will see Liverpool take on Real Madrid in Paris on May 28.

“Personally, I think Liverpool will win the Champions League. They are stronger than Real Madrid,” Henry said.

“To make the Champions League final even bigger, the two favourites for the Ballon d’Or are [Sadio] Mane and [Karim] Benzema.”

For the Ballon d’Or winner, Henry is confident that his compatriot Karim Benzema will take home the award, having scored 43 goals and provided 14 assists in all competitions.

“I still think Benzema is ahead, but if Mane wins with Liverpool and they do the quadruple, he’s a pretty strong opponent and it would be great for Africa. But my money is still on Benzema,” he stated.