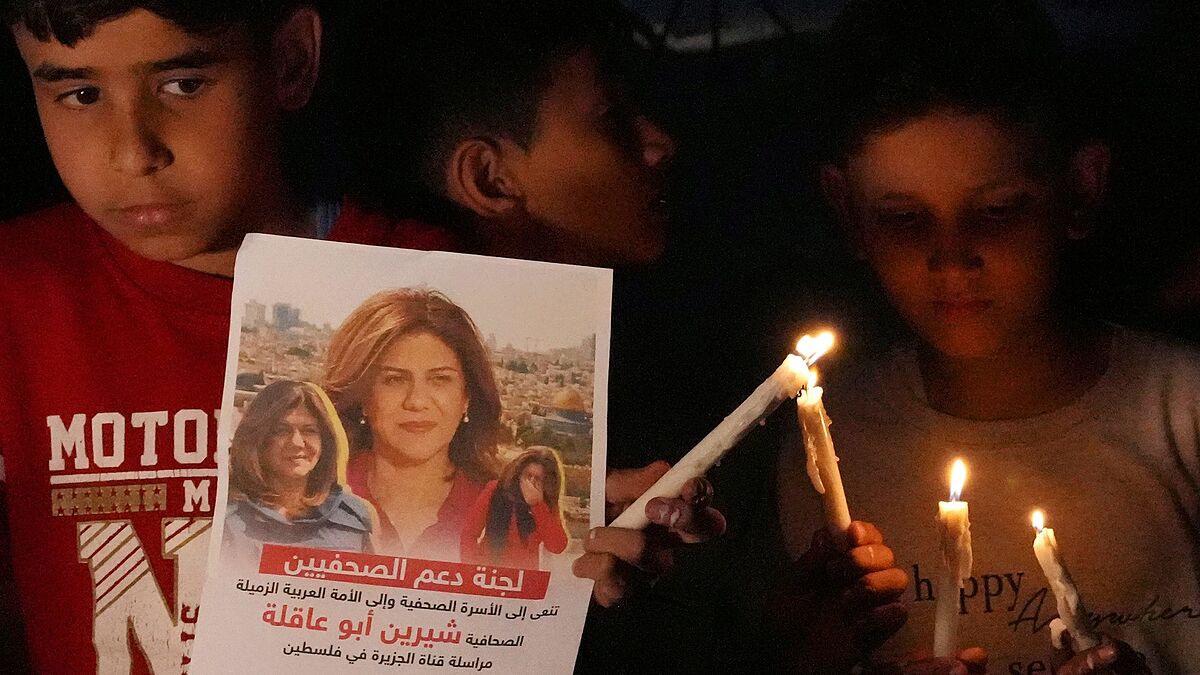 Al Jazeera journalistShireen Abu Akleh was shot and killed by a member of Israel’s army while covering an Israeli military raid in the occupied West Bank.

Abu Akleh’s death could draw new scrutiny to Israel’s military justice system, which is being examined as part of a war crimes probe conducted by the International Criminal Court.

Shireen Abu Akleh was a highly respected journalist in the Middle East whose unflinching coverage was known to millions of viewers.

The 51-year-old journalist became a household name synonymous with Al Jazeera’s coverage of life under occupation during her more than two decades reporting in the Palestinian territories.

According to the testimony of Palestinian journalists, the events happened in the next order reported by Linah Alsaafin, Al Jazeera’s producer:

-At 6:30 am, a vehicle carrying a group of journalists arrived at the first roundabout in the Jenin refugee camp.

They were there to cover an Israeli raid on the camp, and several Israeli snipers were located on rooftops.

–Shireen Abu Akleh got out of the vehicle, wearing a helmet and a flak jacket marked with PRESS.

-An Israeli sniper shot her, hitting just below her ear.

-She fell near a wall, and the shooting continued, hindering other journalists from reaching her.

Why is the media failing to report Shireen Abu Akleh’s death?

Multiple outlets had headlines that suggested the Palestinian journalist just died like an old lady dying of natural causes on her bed, or by different circumstances.

However, they forget to mention how was she killed and who killed her.

Bassam Khawaja, Co-director Human Rights, and Privatization Project tweeted: “‘Dies at 51′” is a really strange way to say a journalist was shot in the head.”

in the head, killing her, while she was wearing her PRESS vest.”

After facing criticism, the New York Times changed its headline to a more accurate sentence describing the reality of the events.