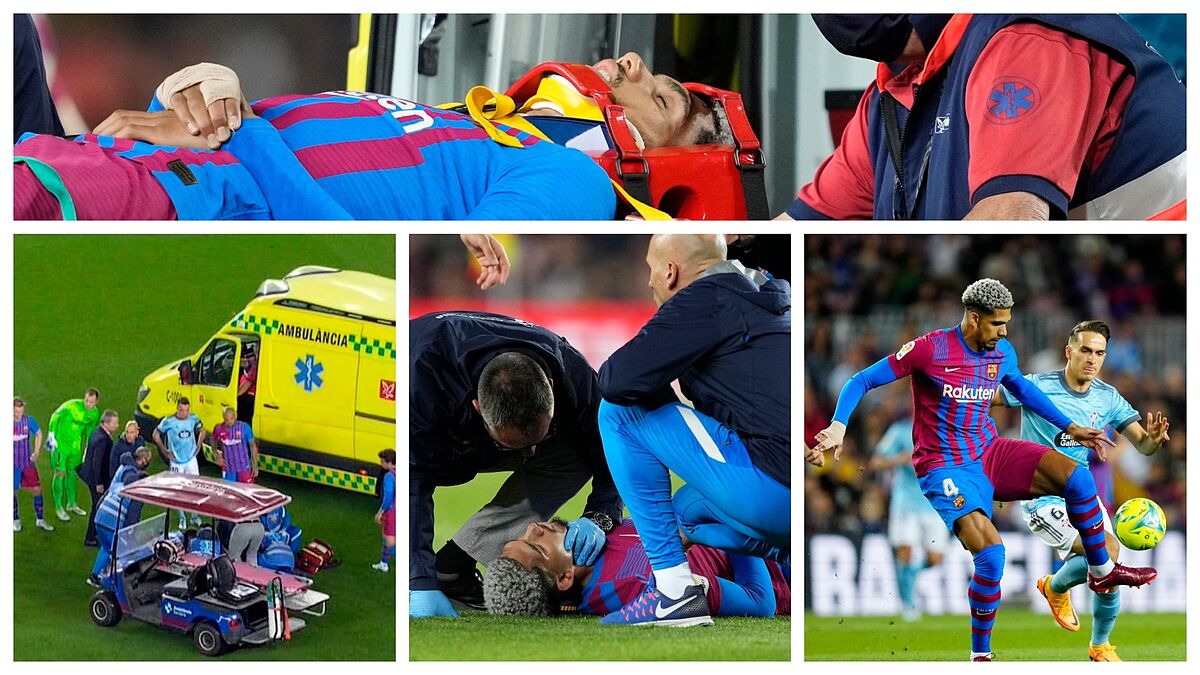 Ronald Araujo is now resting at home after Barcelona made it clear that the Uruguayan centre-back has left hospital.

He suffered a severe concussion in Tuesday’s match against Celta Vigo at the Camp Nou, but doctors were satisfied with the results of the tests they ran on the defender.

Araujo took a heavy blow to the head in an aerial challenge with Barcelona teammate Gavi. Both players were left lying on the ground, yet while the Uruguayan got up quickly, he then collapsed.

In the moments that followed, panic set in and the Camp Nou fell silent. Celta forward Iago Aspas and Barcelona defender Eric Garcia put the centre-back in the recovery position so that he could breathe properly, even before the medical team arrived.

Araujo left the pitch in an ambulance and went straight to hospital, as protocol dictates.

The club reported at 11:14 pm local time that the 23-year-old was suffering from a concussion and that further tests were being carried out on him.

“He will spend the night in hospital as a precaution. We were scared, we thought that something bad could happen,” Barcelona boss Xavi Hernandez said, as he sent a message of reassurance.

“But he is out of danger, he is calm. Tomorrow, luckily, he will be at home. It’s just a scare.”

The Uruguayan centre-back has already been discharged and is at home. What is not clear is whether he will be able to take part in next Sunday’s game against Getafe at the Estadio Coliseum Alfonso Perez.

“His recovery will determine his availability,” read Barcelona‘s statement.

Xavi has a large number of absentees in defence for the penultimate game of the 21/22 season, but he is not prepared to risk the return of Araujo, who has been a shining light in an up-and-down season for the Blaugrana.