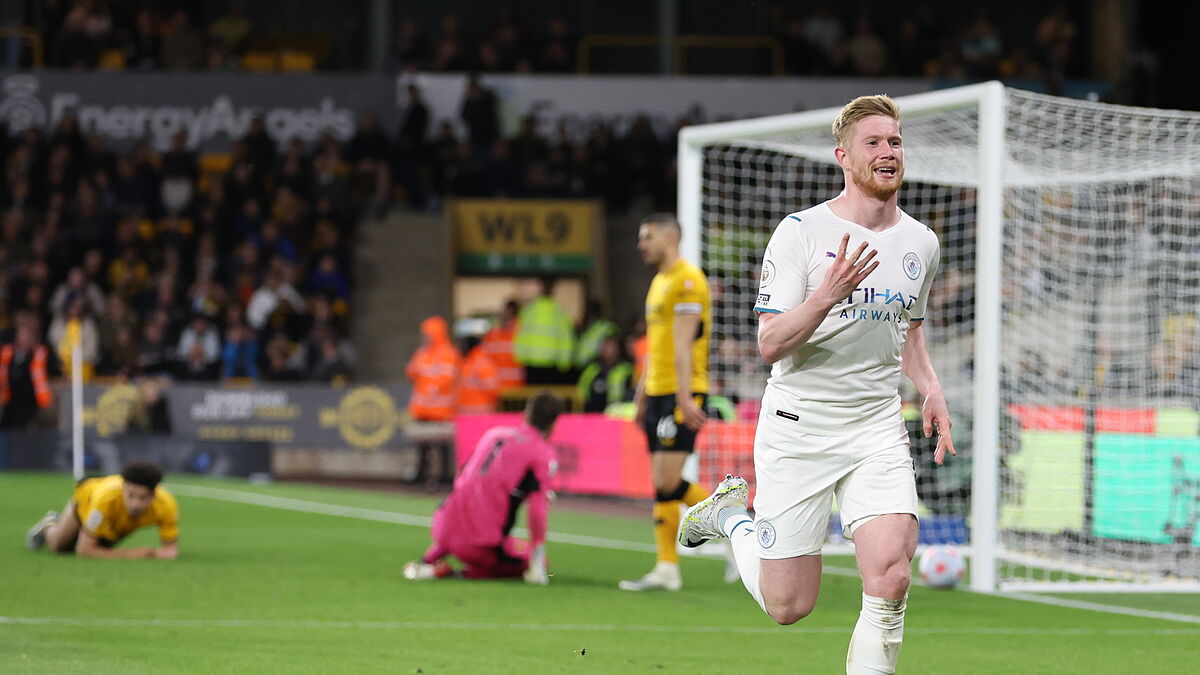 Manchester City are now three points clear of Liverpool at the top of the Premier League table with just two games remaining, after a 5-1 win away at Wolves.

Pep Guardiola‘s side had Kevin de Bruyne to thank for a left-footed first-half hat-trick at Molineux and a fourth in the second half, to give themselves breathing room at the summit of England’s top flight.

City got off to the perfect start when Bernardo Silva set up De Bruyne for his first, a strike across Jose Sa into the bottom corner.

But they were quickly pegged back as Pedro Neto cut the ball back to Leandro Dendoncker who slotted home the equaliser.

However, De Bruyne was a man on a mission and swiftly put City back ahead after Sa’s fumble fell kindly into his path.

The third was pure brilliance, with the Belgian lashing home from outside the area with his weaker foot to seal the hat-trick.

On the hour-mark, the same player would score again, this time with his right. Phil Foden‘s cross was cleared only as far as De Bruyne who buried the finish and seal the game once and for all.

Raheem Sterling then added a fifth for City on 84 minutes from close range.

City are now three points ahead of Jurgen Klopp‘s men with two games left, as well as a far superior goal difference to their rivals.