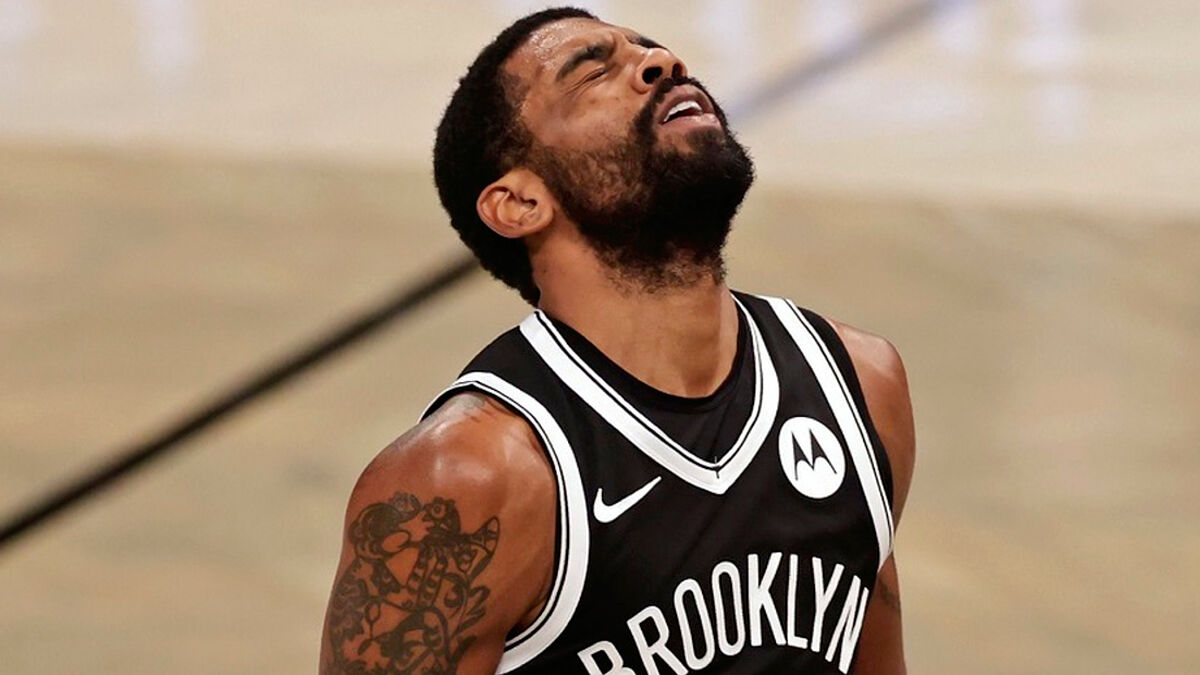 Troubled waters are descending on the Brooklyn Nets. One of the great favorites for the ring was completely outclassed by the Boston Celtics, who eliminated the New York Nets leaving the scoreboard 0-0.

Will Kyrie Irving leave the Nets?

One of the players who is in the eye of the hurricane is Kyrie Irving. The point guard was one of the big signings of the 2019 free agency and, along with Kevin Durant, the object was to lift the Larry O’Brien trophy.

But nothing could be further from the truth, the team was left without options in postseason and doubts about the future of the team loom and also in the one who was number 1 pick of the Draft in 2011.

His refusal to be vaccinated against COVID-19 has taken its toll on him in the form of missing many games in the regular season. And that situation has also put the Brooklyn franchise’s management in doubt.

The Duke-trained player’s future is not assured. He has one year left on his contract at $36.9 million and the entity is not at all clear about offering him a renewal.

What do the Nets think of Kyrie Irving?

“We’re looking for players who want to be part of something bigger than themselves, play team basketball and be available. That doesn’t just apply to Kyrie, but to everyone here,” general manager Sean Marks revealed at a press conference.

The Nets GM made it clear that commitment will be a key part of Brooklyn’s success: “Do they want to be a part of this? Are they motivated by something that’s not good for the whole team here? Those are questions we have to ask ourselves and the players we want to bring back.”

27.4 points, 4.4 rebounds and 5.8 assists are averages for a Kyrie Irving who has performed at a good level with the team in his less than 30 regular-season games.