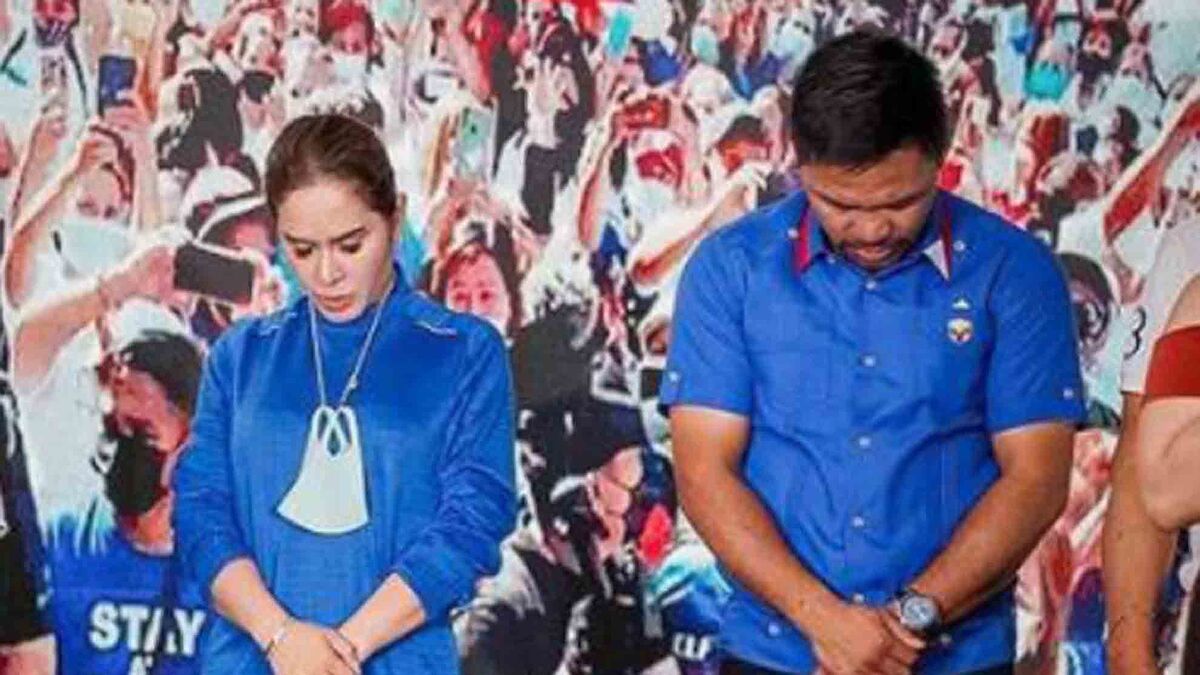 At the age of 43, Manny Pacquiao had left professional boxing to try to fulfill another of his great dreams, to become the president of the Philippines to lift his thousands of compatriots out of poverty.

For months, he spent months touring every corner of the Asian nation with the promise of fighting corruption and drugs to improve the standard of living of the population.

His compatriots turned their backs on him

However, his ideas did not resonate, because even before the voting process for the presidential seat, pre-election polls gave him little chance of victory.

After the initial count, the boxer obtained only about 4 million votes (6.6%), coming in third place behind Marcos Jr. and the liberal Leni Robredo.

Under this scenario, he was left with no alternative but to acknowledge his defeat.

“As a boxer and an athlete, I know how to accept defeat. I just hope that even if I lost this fight, my fellow Filipinos who are suffering will win,” Pacquiao said in a video posted on social media.

For their part, international observers agreed that the elections were transparent, despite the lack of privacy when it came to voting.

“The preliminary result of the vote represents the will of the Filipino people, although a number of concerns have been raised about the integrity of the process that need to be addressed urgently,” one of the researchers from the Asian Network for Free Elections (ANFREL) said at a press conference.

The next president, who will replace incumbent Rodrigo Duterte, is scheduled to be sworn in on June 30 for a single six-year term.

As for Pacquiao, boxing analysts are beginning to question whether he will return to the ring.